6 international, 16 domestic flights diverted from Mumbai due to heavy rains

While the pre-monsoon showers in Mumbai and suburban areas brought relief from sweltering heat, they also added to the woes of commuters as road and rail traffic were severely affected. 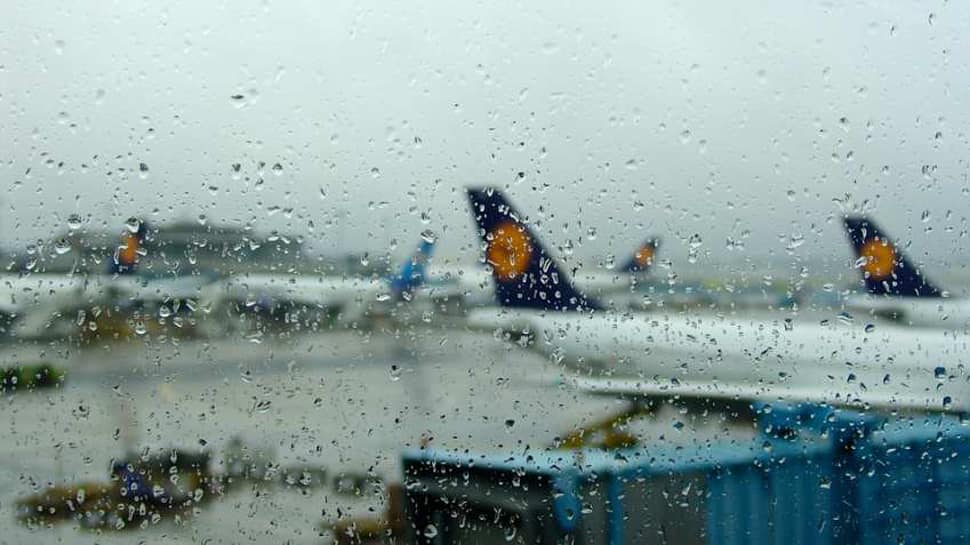 Heavy rains lashed Mumbai on Monday, hitting movements of flights and local train services. According to the Mumbai Air Traffic Control (ATC), at least 22 flights were diverted to other airports. As many as six international and 16 domestic flights, on way to Mumbai, were diverted to airports in Delhi, Hyderabad and Ahmedabad.

While the pre-monsoon showers in Mumbai and suburban areas brought relief from sweltering heat, they also added to the woes of commuters as road and rail traffic were severely affected.

Movement of Mumbai's life line, suburban trains, was affected at some places due to the rain. The Western Line services were hit and some trains were halted near Bandra for over 20 minutes due to sparks in overhead wires. Trains were also stranded near Kopar station due to technical issues triggered by rain. Harbour line services that are part of the Central Railway were running normal.

Areas like Colaba in south Mumbai, western suburbs of Santacruz, Malad, Kandivali and Borivali along with Kurla, Ghatkopar and Vikroli also received good spells of showers, accompanied by thunder and lightning.

An official of the Indian Meteorological Department (IMD) confirmed to news agency PTI that it’s the first pre-monsoon showers in south Mumbai region. Notably, eastern parts of the city have already witnessed light showers and drizzle.

As part of precautionary measures, Mumbai fire brigade department issued a statement saying lifeguards were posted at Girgaon, Dadar, Juhu, Versova, Gorai and Aksa beaches, which are visited by tourists and locals. The statement added that most of the drowning cases happen at places where it is not possible to deploy lifeguards due to rocky sea-shores like Nariman Point, Bandstand, Varsova, Gorai etc. People have been asked to not venture in the sea during monsoon.