As Mumbai reels under downpour, Maharashtra Chief Minister Devendra Fadnavis on Sunday assured that the government is working along with the Brihanmumbai Municipal Corporation (BMC) to minimise the problems being faced by Mumbaikars. 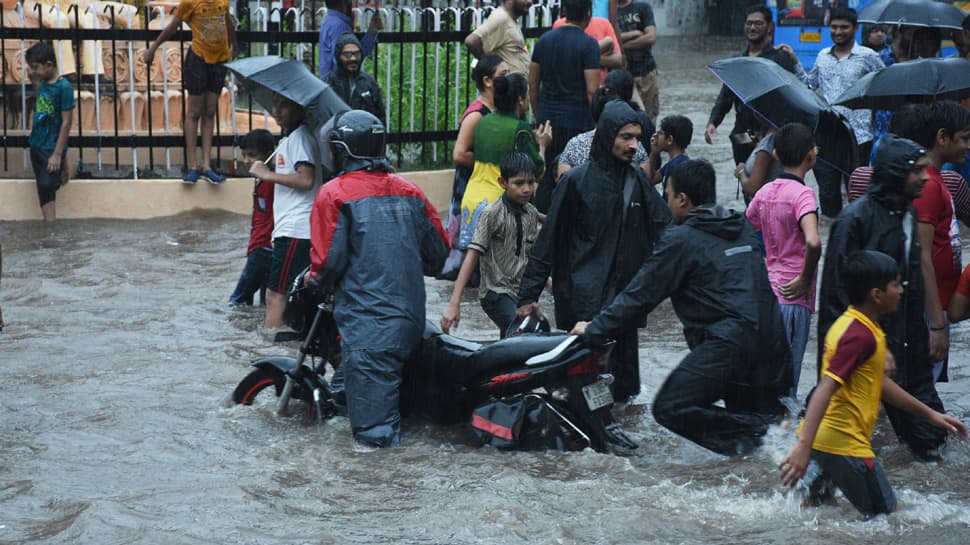 As Mumbai reels under downpour, Maharashtra Chief Minister Devendra Fadnavis on Sunday assured that the government is working along with the Brihanmumbai Municipal Corporation (BMC) to minimise the problems being faced by Mumbaikars.

The Chief Minister said that as per the government’s plan, eight pumping stations are needed to ease the problem Mumbai faces due to rains. He said that five such stations are already in place while three more would be set up at the earliest.

The statement by the Maharashtra Chief Minister comes as incessant rainfall in Mumbai has hit flight, train and road traffic severely. Several trains have been cancelled by the Indian Railways while flights to and fro the Maharashtra capital.

Western Railway has issued helpline numbers and contact desk numbers for information on running/ cancellation/ rescheduling of trains as Mumbaikars continue to struggle amid the heavy rainfall occurring in the city.

Due to incessant rains and release of water from Jhuj and Kelia dams in Gujarat, the water at bridge numbers 336, 358, 359 and 368 in Mumbai's Virar- Surat section has risen to danger level.

Due to heavy and continuous rain and accumulation of water in few sections, services were suspended on Central main line and Harbour line of Central Railway suburban section at 8 am as a precautionary measure to avoid hardship to commuters later.

The Indian Meteorological Department's alert said, "Rainfall to continue with gusty winds. High tide of 4.5 m plus today afternoon, and surcharged Mithi River. Avoid outing as far as possible, the sea will be rough, fisherman warnings, heavy rainfall warnings have been issued in place."

Authorities have asked Mumbaikars to stay away from sea. The fishermen have also been asked to not venture into the sea.

Delivery boy stabbed to death in Mumbai’s Vikhroli; cops on lookout for culprits