The fire broke out before opening hours in the busy market which minimised the risk to life. 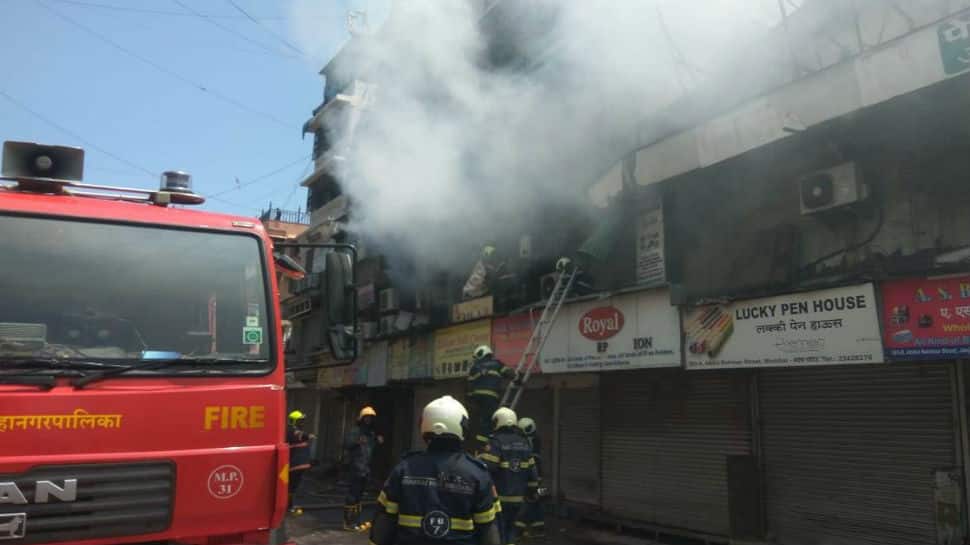 MUMBAI: A massive fire broke out at a shopping centre in Mumbai's busy Crawford Market on Monday morning. No casualties were reported in the incident.

Four fire tenders and three water tankers were rushed to the spot immediately to bring the blaze under control.

The fire broke in a building which houses a supermarket and but before opening hours in the otherwise busy market.

According to a fire brigade official, the blaze erupted around 10.50 AM at the shopping centre located behind a mosque on Abdul Rahman Street and spread rapidly in the complex

It is suspected that a large number of goods may have been destroyed in the part of the building here where the fire broke out.

It took about an hour for the fire brigade team to completely douse the fire.

It is yet to be ascertained as to what caused the fire. A probe into the incident has been ordered.

Located in south Mumbai, this is a favourite shopping destination for locals and is the city's largest wholesale market.