Good news has come in a pair for commuters in Mumbai who use public transportation on a daily basis. 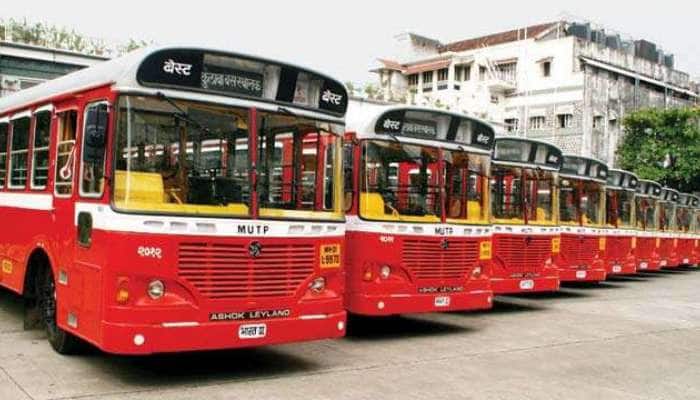 It is double delight for Mumbai commuters who depend on public modes of transportation. While reduced fares on BEST buses will come into effect from Tuesday, auto drivers in the city too have called off their strike that could have otherwise possibly paralysed the city.

A majority of Mumbaikars depend on public modes of transportation to commute from one part of the city to the other, and even to and from the suburbs. With heavy rainfall in the past few days, it had become quite a nightmare to travel in the city. A reduction in fares on public buses is just the shot in the arm that locals needed under the city's dark and menacing skies. As per the revised fare structure, there will be only four pricing slabs: 0-5 km, 5-10 km, 10-15 km, and over 15 km. The minimum non-AC bus fare has been brought down from Rs 8 to Rs 5 for the first five kilometres and the maximum fare for non-AC buses has been fixed at Rs 20. The minimum AC bus fare has been reduced to Rs 6 from Rs 20, while maximum fare has been capped at Rs 25. From Tuesday, the fare slab for non-AC (regular) buses will be Rs 5, 10, 15 and Rs 20, while it will be Rs 6, 13, 19 and Rs 25 for air-conditioned buses.

While the reduced prices would be a massive relief for commuters in the city, the availability of autos as usual too would ensure a hassle-free experience on the road. This after Maharashtra Auto Rickshaw Union called off their strike. The union has a list of demands which includes a hike in minimum fares, no new permits for autos, blanket ban on Ola and Uber services, among others. Auto drivers had said they would go on an indefinite strike starting Tuesday but this decision was eventually taken back. The representatives of Maharashtra Auto Rickshaw Union will now meet CM Devendra Fadnavis in a bid to get their demands accepted.

What it means for locals in Mumbai, however, is life as normal as it can be on a day that could well see heavy downpour for most parts. The Met department has predicted heavy showers that could once again result in waterlogging and traffic jams.