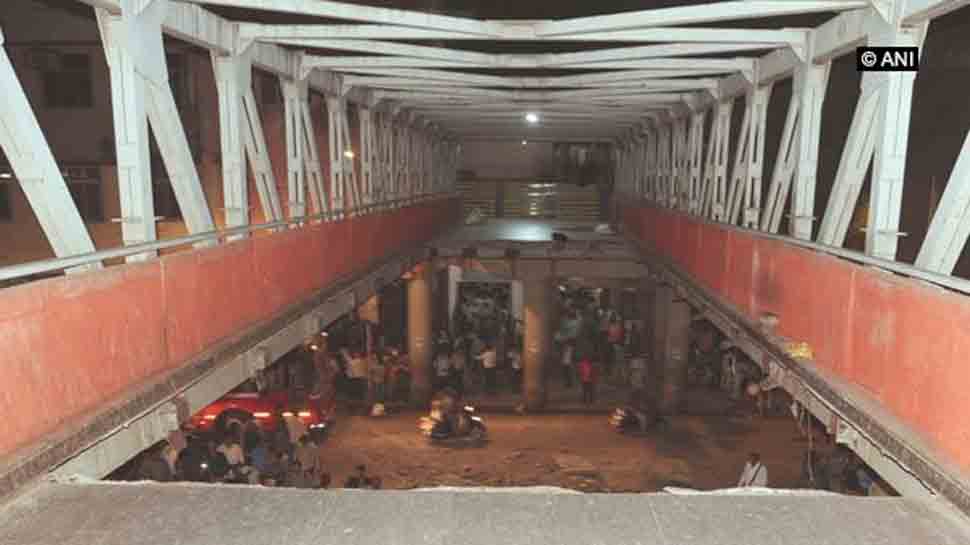 New Delhi: Structural auditor Neeraj Desai, who was arrested by the Mumbai Police on Monday in connection with Foot over-bridge collapse last week, has been remanded to police custody till March 25. At least six people died and at least 34 were injured in the bridge collapse incident that took place on March 14 evening.

Desai's firm DD Desai's Associated Engineering Consultant and Analysts Private Ltd had conducted an audit of the bridge and had declared it safe for use. However, it has then suggested a few minor repair work on the bridge.

The bridge linked the area near the BMC building with the iconic Chhatrapati Shivaji Maharaj Terminus railway station in south Mumbai. It is also called the 'Kasab bridge' as 26/11 terrorist Ajmal Kasab had crossed the bridge during the Mumbai terror attack in 2008.

On Monday, DCP told PTI that it was found during the interrogation that the structural auditor was aware of the condition of the foot overbridge but he chose to neglect it. Section 304-part II (culpable homicide not amounting to murder of the Indian Penal Code has been imposed against Neeraj Desai, police said.

Earlier, the Mumbai police had booked officials of Mumbai civic body, which were responsible for its maintenance and the Central Railway in connection with the bridge tragedy. However, it retracted its move later.