The person driving the car managed to escape before onlookers could get hold of him. 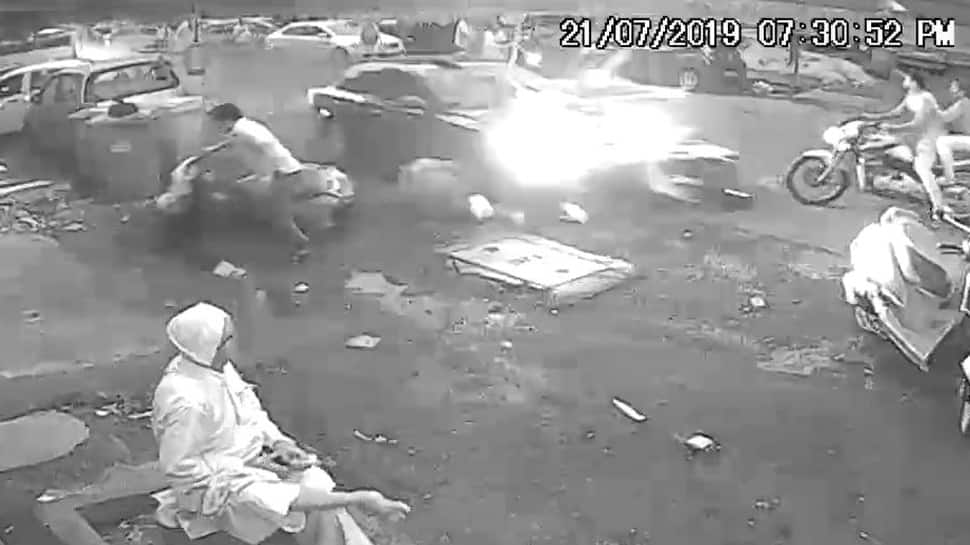 At least two people were killed while four others got seriously injured after being hit by a speeding car in Kamothe area of Navi Mumbai in Maharashtra. The incident occurred at around 7.30 pm on Sunday when a speeding Skoda car ran over at least six people.

In the sector 6 of Kamothe area, the speeding car hit the pedestrians in front of Sarovar hotel. According to eyewitnesses, the car first hit a two-wheeler, following which it ran over four others.

The person driving the car managed to escape before onlookers could get hold of him. The police have launched an investigation and are on lookout for the culprit.

The deceased were identified as 7-year-old Sarthak Chopade and 32-year-old Vaibhav Gurav.

A report said that the car hit as many as seven motor-cycles and a school bus. The car reportedly spun out of control and rammed into the vehicles.

The incident was caught on CCTV camera. The speeding car could be seen hitting a girl walking on the side of the road and several bike-borne persons.

Passers-by could be seen rushing to help those hit by the car. The injured were rushed to a nearby hospital.