Pregnant woman goes into labour on board Mahalaxmi Express

A nine-month pregnant woman went into labour in the stranded Mahalaxmi Express train which has been stuck in flood waters at Vangani for around 18 hours, here on Saturday. 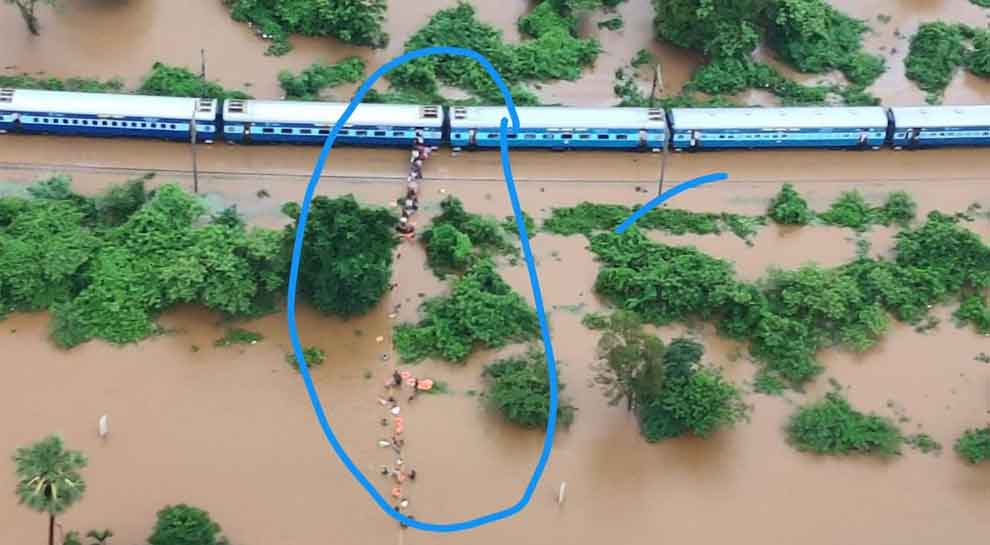 Mumbai: A nine-month pregnant woman went into labour in the stranded Mahalaxmi Express train which has been stuck in flood waters at Vangani for around 18 hours, here on Saturday.

Her panicky relatives sent out urgent appeals from the D1 bogey seeking help to rush her to a hospital.

The woman, identified as Reshma Kamble, was proceeding from Mumbai to Kolhapur for the delivery of her child but the train was stranded in Thane flood waters since Friday evening.

Some unconfirmed reports said that there are at least another nine women on board in different stages of pregnancy who are in distress and awaiting help. (These women were later rescued)

The Indian Army, Indian Air Forces, Indian Navy and National Disaster Response Force (NDRF) have launched one of the biggest operations to rescue an estimated 1,500 passengers stranded on the train with around 3-5 feet water on all sides.

Guardian Minister of Thane Eknath Gaikwad rushed to Badlapur to take stock of the rescue operations and said besides the defence and NDRF, all surrounding towns, cities and villages have also sent in their rescue teams to help the passengers.