At least 11 flights were diverted from Mumbai airport to Ahmedabad and Hyderabad due to bad weather. 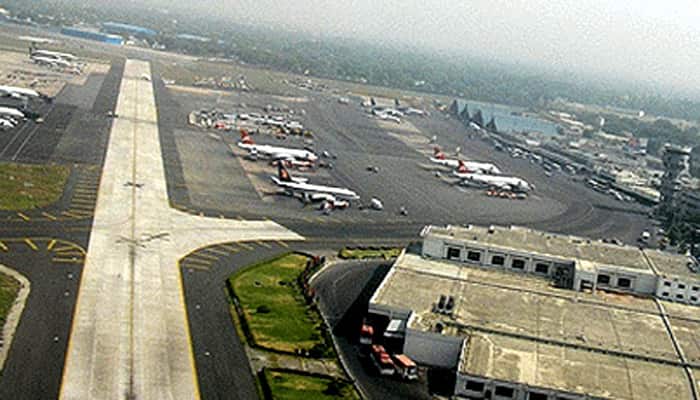 Flight operations were badly affected flight operations at Chhatrapati Shivaji Maharaj International Airport in Mumbai on Monday due to heavy rainfall and a major tragedy was averted after the wing of Thai Airways hits side light at the runway. Sources said that the accident happened because of low visibility at the airport due to heavy rainfall. No one got injured in the accident but the side light of the runway fell to the ground.

At least 11 flights were diverted from Mumbai airport to Ahmedabad and Hyderabad due to bad weather. The operations at Mumbai international airport are on hold because of low visibility. The Runway 09 at the airport has been handed over to Air Traffic Control. It is expected that operations would resume once the visibility improves. United Air (Newark- Mumbai) flight has been diverted to New Delhi due to bad weather.

The heavy rainfall also affected the movement of local trains on Western Railway line. Some trains were halted at Bandra for around 20 minutes due to multiple sparks in overhead wires. Areas like Borivali, Kandivali, Malad, Andheri, Vileparle, Bandra have received heavy rainfall. The heavy showers with lightning and thunder have given major relief to Mumbaikars from the scorching heat. Mulund, Bhandup, Ghatkopar and Kurla in Eastern suburbs also received heavy rainfall.

A local train remained halted at Chunabhatti station of Harbour Line because of technical fault due to rain. The train remained at the station for around 20 minutes before the fault was fixed. Meanwhile, Mumbai Fire Brigade has issued a statement saying that lifeguards are posted at Girgaon, Dadar , Juhu, Versova, Gorai and Aksa beaches which are visited by tourists and locals. The Fire Brigade has appealed the people not to venture in the sea during monsoon.