Sufiyum Sujatayum has been produced by Vijay Babu under his banner of Friday Film House. The film is directed by Naranippuzha Shanavas. 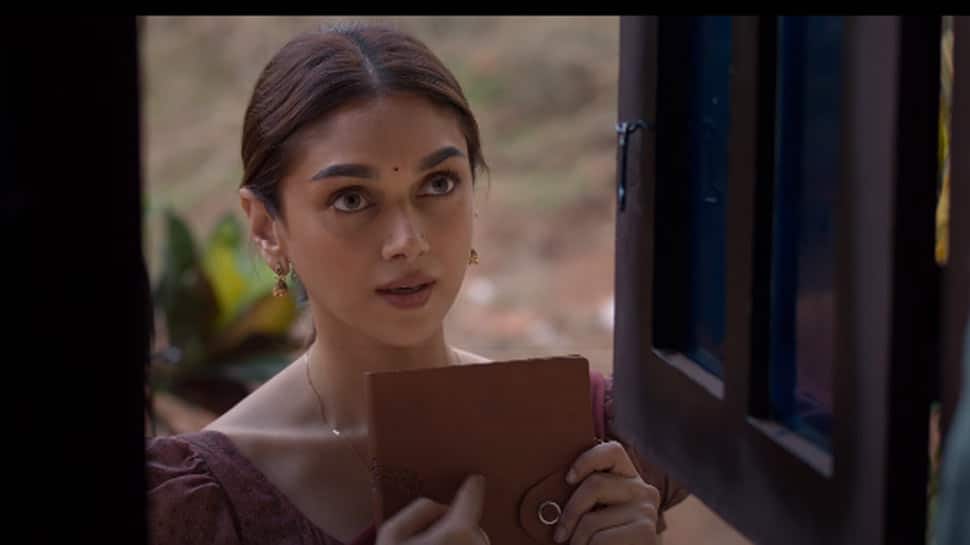 The song is soothing, beautifully shot and presents the unsaid bond of love between Aditi's character Sujata and the Sufi priest played by Dev Mohan.

Sufiyum Sujatayum has been produced by Vijay Babu under his banner of Friday Film House. The film is directed by Naranippuzha Shanavas.

Talking about the song, veteran music composer M Jayachandran says, “Sufiyam Sujatayum is a musical love story and understandably music plays a key role. Each song has been crafted very carefully and resonates with the movie’s tone, mood, and story. Vathikkalu Vellaripravu is a poignant song that brings out the innocence and endearment of new-found love and companionship. Set to beautiful constructed cinematic shots, the song is our ode to pure, innocent love. I hope audiences enjoy the song.”

The song 'Vathikkalu Vellaripravu' was launched by Duqluer Salmaan, Nani and Karthi. It has been sung in the soulful voices of Arjun Krishna, Nithya Mammen and Zia Ul Haq and composed by M Jayachandran.

The lyrics are penned by B K Hari Narayan.