The trailer too helped in creating a buzz around the film which promises to be a laugh riot. 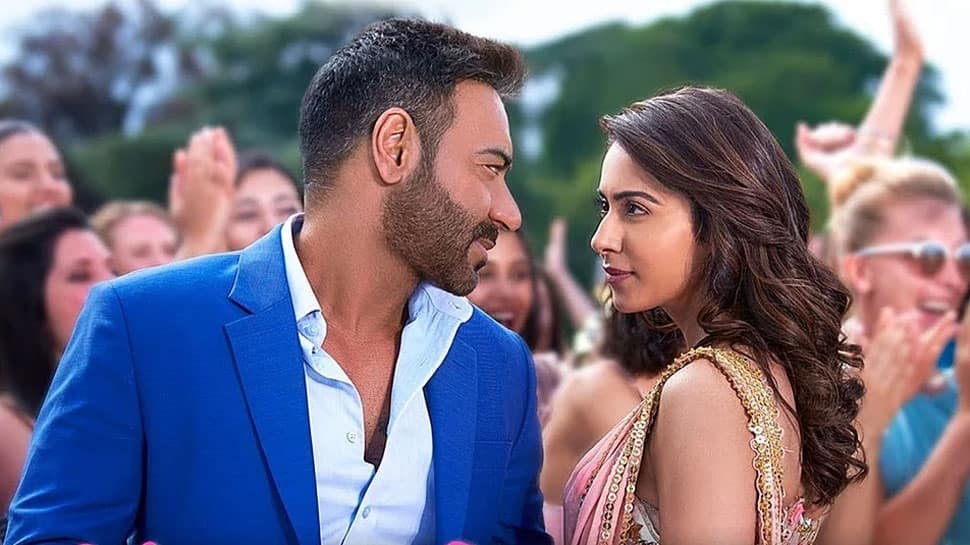 New Delhi: Ajay Devgn, Tabu and Rakul Preet Singh will be seen sharing the screen space together in 'De De Pyaar De'. The rom-com is helmed by Akiv Ali and is produced by Bhushan Kumar, Krishan Kumar, Luv Ranjan and Ankur Garg.

The film will hit the screens on May 17, 2019. The makers have released a new song titled 'Vaddi Sharaban' from the film and it's a full-on wedding number. Rakul Preet has been presented in a glamourous look and her chemistry with Ajay Devgn steals the show.

The track is sung by Sunidhi Chauhan and Navraj Hans. The music is composed by Vipin Patwa and the lyrics are penned by Kumaar.

The romantic comedy is written and co-produced by Luv Ranjan of 'Pyaar Ka Punchnama series' and 'Sony Ke Titu Ki Sweety' fame. The first look of the film was unveiled sometime back and it received a great response.

The trailer too helped in creating a buzz around the film which promises to be a laugh riot.

Rakul Preet has been paired opposite Devgn for the first time whereas Tabu has worked with him in many films.