Ek Ladki Ko Dekha Toh Aisa Laga: Ishq Mitha is the wedding song you have been waiting for! -Watch 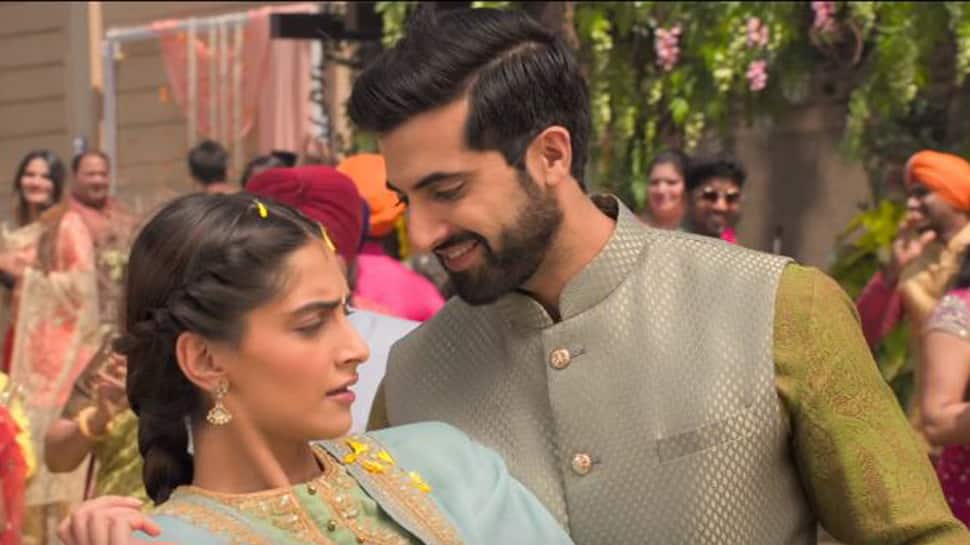 New Delhi: The audience has never been receptive of the remakes of the old Bollywood classics as most of them have resulted in an absolute disaster with the essence of the original song going down the drain. However, Sonam Kapoor and Rajummar Rao's upcoming 'Ek Ladki Ko Dekha Toh Aisa Laga' has come up with some extremely euphonic remakes.

It first impressed with the soothing-remake of the 1994 song 'Ek Ladki Ko Dekha Toh Aisa Laga' from 1942:A Love story starring Anil Kapoor and Manisha Koirala in the lead roles. And now, the makers have beautifully recreated the famous 90's track 'Gud Naal Ishq Mitha' by Punjabi popstars Bally Sagoo and Malkit Singh.

The new version of the song has been rendered by Navraj Hans and Harshdeep Kaur. Watch the video right here:

The video takes you to a typical Punjabi wedding set up, where a bride-to-be is being applied turmeric with people around her breaking into bhangra. Sonam and Anil Kapoor's dance-off in the video is a treat to watch. The evergreen Anil Kapoor keeps aside his age factor and breaks the dance floor by flaunting his unmatchable dance moves. So if you have a wedding coming up, you can totally take cues from this actor and give a smashing performance on the tunes of 'Ishq Mitha'.

Coming back to the film 'Ek Ladki Ko Delka Toh', it revolves around the secret love story of Sonam Kapoor's character, who finds it difficult to come out of her closet.  She feels stifled in her own world until a friend and confidante Rajkummar Rao walks into her life. The film aims to highlight the plight of a homosexual person struggling to reveal her real identity to the conservative society.

Sonam's role in the film is one of a kind as no mainstream actress had taken up a character like this in the recent past and hence the film is highly anticipated.