`Crazy Lagdi`, the first track of Nawazuddin Siddiqui`s `Motichoor Chaknachoor` is as fun as the trailer of the romantic comedy. 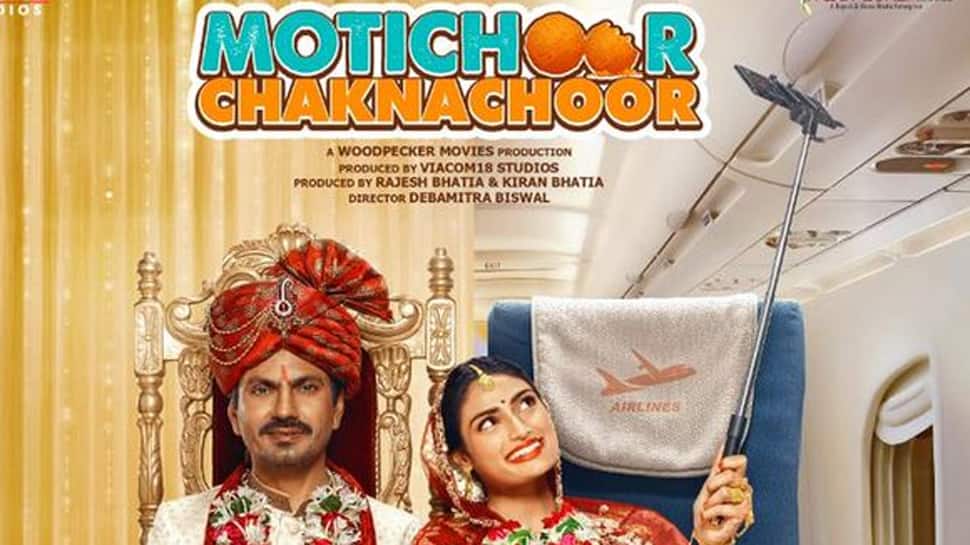 New Delhi: `Crazy Lagdi`, the first track of Nawazuddin Siddiqui`s `Motichoor Chaknachoor` is as fun as the trailer of the romantic comedy.

The song chronicles the budding love story of Pushpinder Tyagi played by Nawazuddin and Annie portrayed by Athiya Shetty. Annie, who eventually agrees to marry Pushpinder with the hope of settling in Dubai, is seen showing her real crazy side just as the track`s title suggests.

It also gives a glimpse of some scenes from the film including the one where Pushpinder is seen following the leading lady while she is jogging, exercising, or going by a rickshaw.

The actor tries to woo Annie who repeatedly rejects all of Pushpinder`s ways and tactics until the two are seen wearing garlands at the end.

The lyrics are penned by Kumaar and the song is sung by Swaroop Khan with music by Amjad Nadeem Aamir.

The Debamitra Biswal-directorial is produced by Rajesh Bhatia and Kiran Bhatia and will hit the theatres on November 15, this year.

Ecstatic with the success of 'Ghungroo' song: Shilpa Rao