Her salute got off to a rocky start, however. She stumbled in the opening chords, paused and cursed, asking to start again. 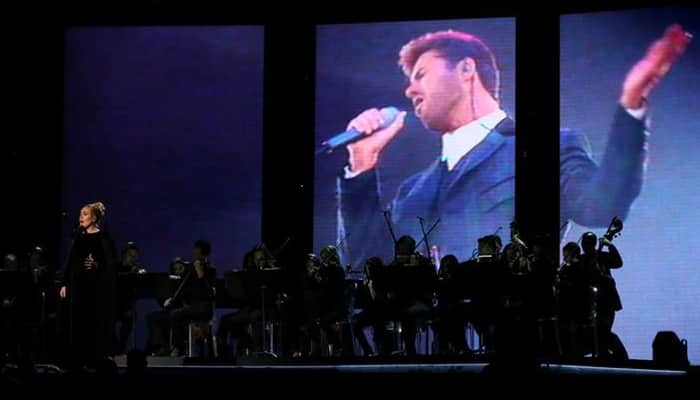 New Delhi: English singer-songwriter Adele on Sunday paid homage to late George Michael in a delicately rendered, somber version of his 1996 dance tune "Fastlove," which she sang as video clips of her fellow British singer-songwriter flashed on a large screen at the Grammy Awards.

Her salute got off to a rocky start, however. She stumbled in the opening chords, paused and cursed, asking to start again.

The flub, and the bleeped profanity, marked a rare misstep for a singer known for flawless vocal performances. She was visibly upset at the end of the song, her eyes welling with tears, but the star-studded audience inside the Staples Center gave her a standing ovation.

A video of her performance was posted on the social media by a fan-page and it is now going viral on the Internet.

Michael, who first gained fame with Andrew Ridgeley in Wham!, launched a successful solo career after parting with his former school chum in 1986, going on to churn out such hits as "I Want your Sex," "Faith," "Father Figure" and "One More Try."

He was found dead at his British home on Christmas Day, aged 53. The two-time Grammy winner was said by his manager to have died of heart failure, but the official cause remains under investigation.