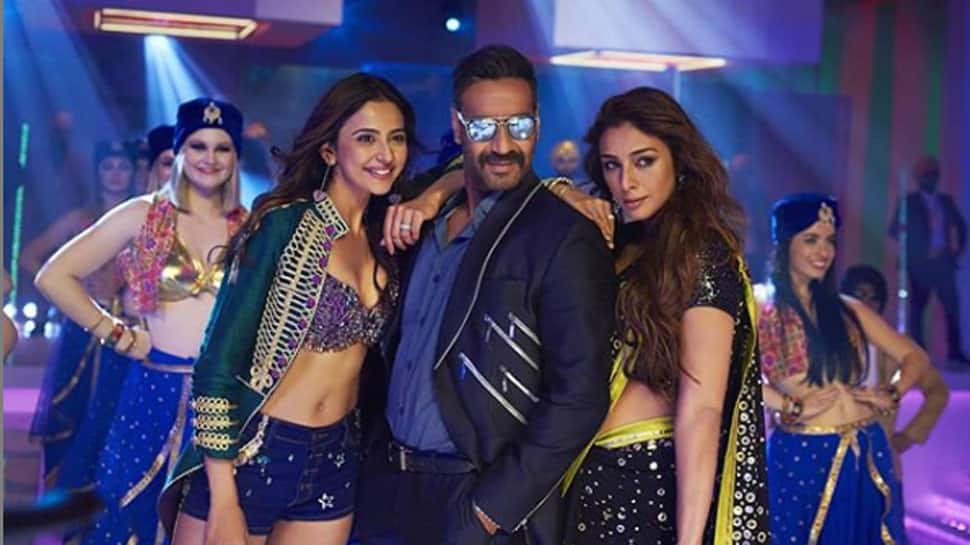 New Delhi: The intense-looking actor Ajay Devgn, Tabu and Rakul Preet Singh are all gung-ho about their upcoming venture 'De De Pyaar De'. The makers have unveiled a party track from the movie and it has chartbuster written all over it.

Titled 'Hauli Hauli', the song has been sung by Garry Sandhu and Neha Kakkar. It features the lead trio and is high on Punjabi dance beats.