'Raanjhana' tells a story of a couple and how their love faces challenges and opposition from families. 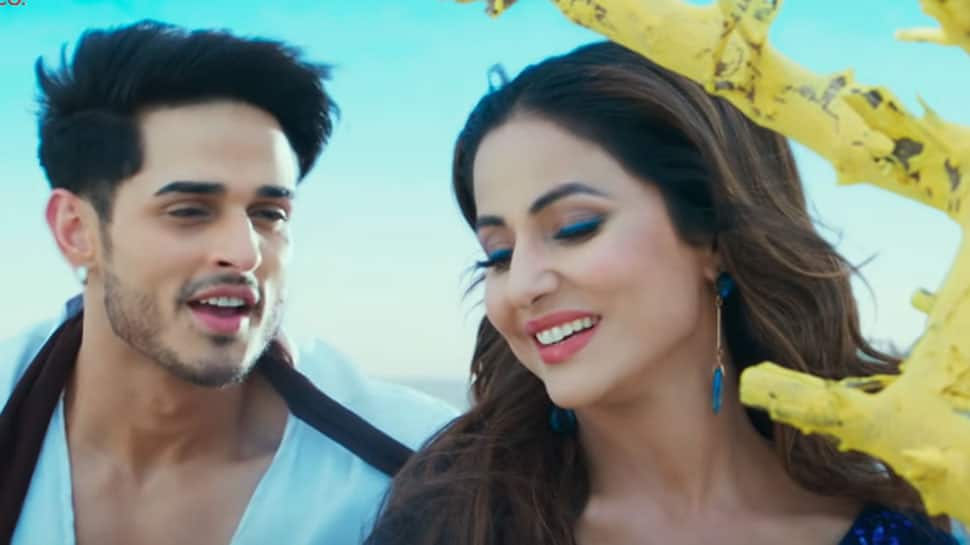 New Delhi: Former 'Bigg Boss' contestants and BFFs Hina Khan and Priyank Sharma have featured in a song by the very soulful Arijit Singh. The track titled 'Raanjhana' has been released and is a mushy romantic number.

Arijit Singh fans will definitely love the song as it has been crooned beautifully by the melodious singer. Watch the song here:

'Raanjhana' music has been composed by Asad Khan and the lyrics are penned by Raqueeb Khan. The song has been choreographed by Firoz A Khan. Hina and Priyank's reel chemistry looks palpable and the fans will surely give it a big thumbs up.

'Raanjhana' tells a story of a couple and how their love faces challenges and opposition from families. Despite braving against all odds, their fate has a different plan for them.

The story will be continued as the track ends on an interesting note.

Hina Khan is these days busy shooting for Vikram Bhatt's 'Hacked'. She will be making her big screen debut with the thriller venture. 'Hacked' will hit the screens on January 31, 2020.