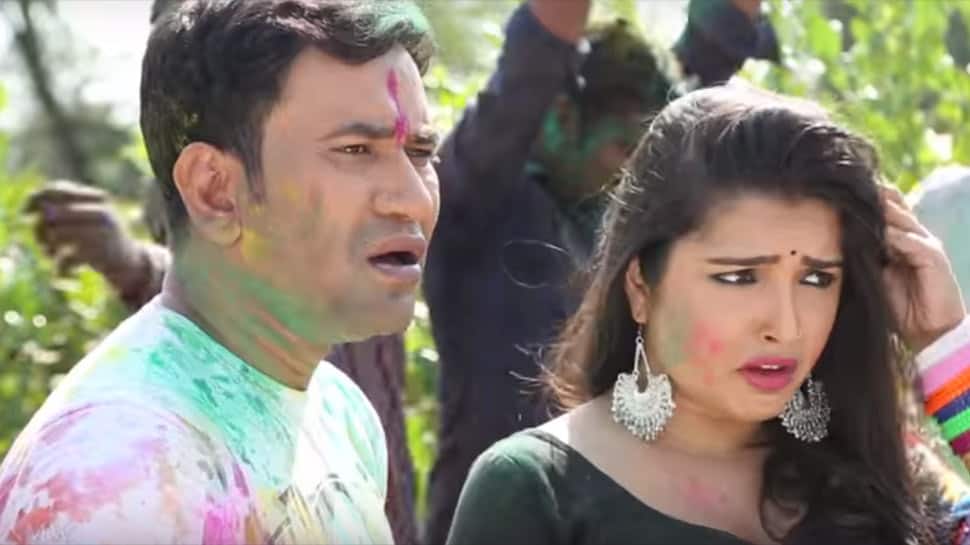 The fot-tapping Bhojpuri number, which also features Amrapali Dubey, Manoj Singh Tiger and Sanjay Pandey, has garnered more than 6 million views on YouTube till now, and is still going strong.

The peppy Bhojpuri song starring the Bhojpuri film industry superstars captures the festive spirit of Holi while referring to the menace of dowry, adding an element of the Goods and Services Tax (GST).

In the song, the groom side is demanding a dowry of Rs 10 lakh plus GST. It has been sung by Nirahua himself and Priyanka Singh and the music is by Madhukar Anand. The lyricist of the song is Pyarelal Yadav.

The video was published on YouTube by Nirahua Music World on February 15, 2018 and features other Bhojpuri superstars like Manoj Singh Tiger and Sanjay Pandey.

Holi Mein GST Jor Ke' takes a sly dig at how the evil practice of dowry is still prevalent in our society and can be tackled with if the people involved decide to bring it down. The video also features other Bhojpuri superstars like Manoj Singh Tiger and Sanjay Pandey.

Dinesh Lal Yadav was seen in celebrity reality TV show 'Bigg Boss' season 6 as a participant. He has a huge fan following and is loved by the people for his act on the big screens.

The theme of the video is Goods and Services Tax (GST) and dowry, against which the Nitish Kumar government in Bihar has launched an offensive. He had even organised a human chain campaign against the dowry menace recently starting from Gandhi Maidan in Patna and expanding to all parts of the state.

The song is sung by Nirahua and Priyanka Singh and the music is composed by Madhukar Anand. The lyrics were penned by Pyarelal Yadav.