'Jesus Is King' gets Kanye West his first gospel Grammy

On the 63rd Grammy Awards, American rapper Kanye West won his first gospel Grammy award for his album 'Jesus Is King'. For a brief moment, it made him the most awarded hip-hop performer in Grammy history. However, prominent rapper Jay Z, who has four nominations, stands to surpass Kanye's record in the hip-hop category. 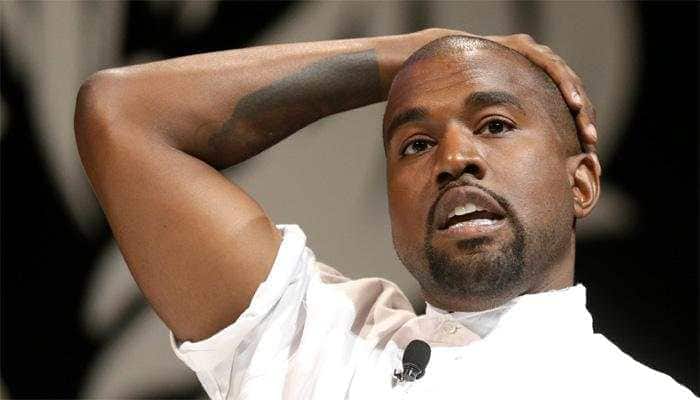 Washington: American rapper and record producer Kanye West won his first gospel Grammy, for his `Jesus Is King` album. It was his first honour from the Recording Academy in eight years, and his 22nd career Grammy. According to Variety, though just for a moment, but it has made him the most awarded hip-hop performer in Grammy history. West and Jay-Z, both went into the 2021 Grammys with 21 wins each.

However, West`s record might be short-lived, because Jay-Z stands a very good chance of almost immediately tying and then surpassing him. Jay-Z is nominated for four awards this year, which includes his tracks `Black Parade` and `Savage (Remix)`. Presenter Jhene Aiko accepted the award on his behalf, as West did not join in the online acceptance speeches during the Grammy pre-telecast "premiere ceremony."West was last nominated as recently as two years ago when he was up for a Grammy for the best producer (non-classical).

But he hadn`t won since 2013, when `No Church in the Wild` won best rap/sung collaboration and `N--- in Paris` scored for the best rap song. As per Variety, he has been celebrated at other awards ceremonies for his recent transition into gospel work. At the Billboard Music Awards, he, the album, and its songs won for Top Gospel Artist, Top Christian Album, Top Gospel Album and Top Gospel Song.

The 63rd Annual Grammy Awards were delayed owing to the ongoing Covid-19 pandemic. The annual show shifted from its original January 31 broadcast to March 14. The ceremony honours musical artists, compositions and albums across 84 categories. Comedian and talk show host Trevor Noah is hosting this year`s Grammys.

It marks Noah`s first time hosting the award ceremony. Though usually held at the Staples Center, this year`s festivities will take place at the Los Angeles Convention Center. Keeping in mind the pandemic, the event is said to be cut down to size and will have mainly a home viewing audience. The artists will be seen performing as The Recording Academy announced its list of performers. However, they will be seen performing at multiple stages as opposed to one stage at a designated spot.

The nominations for music`s biggest night were announced on November 24, 2020. The legendary Beyonce topped the list of having the most nominations this year -- amassing nine nominations in the process. Queen Bey nabbed nominations for record of the year, song of the year and best R&B performance for her hit single `Black Parade` along with a slew of other nominations. Taylor Swift, Dua Lipa and Roddy Ricch all followed up with six nominations.