Kargil Vijay Diwas: These Bollywood tracks will invoke the patriot within you

Today, on the occasion of Kargil Vijay Diwas, we reminisce the courageous act of our brave soldiers and their immeasurable contribution to our country. 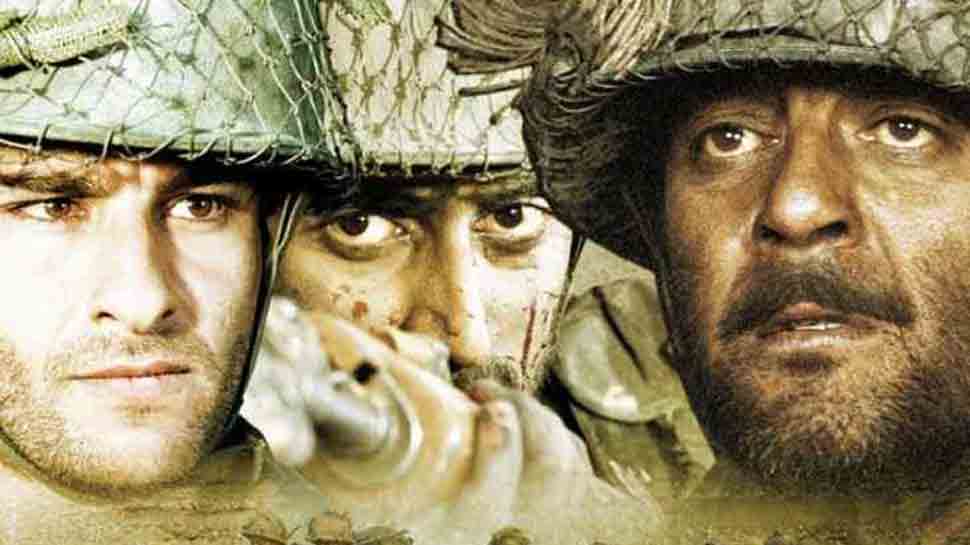 The year 1999 holds a special place in every Indian's life as on July 26 India won one of the toughest wars against Pakistan. Today, on the occasion of Kargil Vijay Diwas, we reminisce the courageous act of our brave soldiers and their immeasurable contribution to our country.

A number of Bollywood films have rightfully portrayed the Indo-Pak war. 'JP Dutta's 'Border' is one such film. And there are films that have also narrated the historic victory of India at Kargil. Here's looking at the songs that would evoke patriotism.

This popular number from 1997 film Border highlights the plight of soldiers, who are posted at the border area away from their family. It was filmed during the time when mobile phones were not used and the soldiers had to rely on letters to communicate with their family.

Another popular number from Border, this heart-rending number depicts the sorrow of separation. This song portrayed how dedicated a soldier is towards his country that he is leaving for war right on his wedding night.

As the first line suggests 'Seemayein Bulaye Tujhe' loosely translates to Borders are calling you. This is a motivational song for the all the soldiers and this would evoke patriotism in all. This song is from a detailed film on the Kargil War titled LOC Kargil (2003)

Another popular song from LOC, This is perhaps the saddest songs which talk about the soldiers who have lost their lives fighting for the country.

This exhilarating number from 2004 film Lakshay takes one through the journey of a soldier and focuses on his determination to beat all odds and fight for the country.