'Ajj Singh Garjega' shows the valour of the Sikh soldiers while engaged in battle. 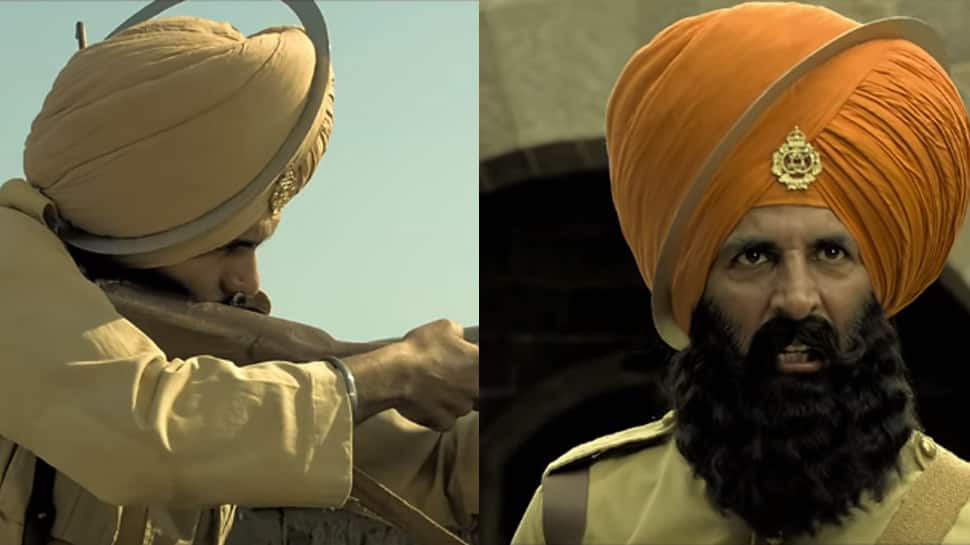 New Delhi: Akshay Kumar's 'Kesari' has been making headlines ever since the actor's first look as a fierce Sikh warrior was unveiled. The film is one of the most awaited releases of the year and is all set to roll in theatres on the occasion of Holi.

As the release date of the film comes closer, makers are leaving no stone unturned in taking the excitement level up a notch. The first song from the film titled 'Sanu Kehndi' was a dance number and showed Akshay and his battalion in party mode. Now, the makers have released the second song of the film titled 'Ajjj Singh Garjega' and it shows the valour of the Sikh soldiers while engaged in battle.

Check out the powerful song here:

Sung by the very talented Jazzy B, the song has lyrics by Kunwar Juneja.

'Kesari' also stars actress Parineeti Chopra and she looked like a proper 'Punjab ki Kudi' in her first look.

The film has been helmed by Anurag Singh and tells the story of Havildar Ishar Singh who participated in the Battle of Saragarhi (in which an army of 21 Sikhs fought against 10,000 Afghans in 1897) while yearning for the respect of his estranged daughter.