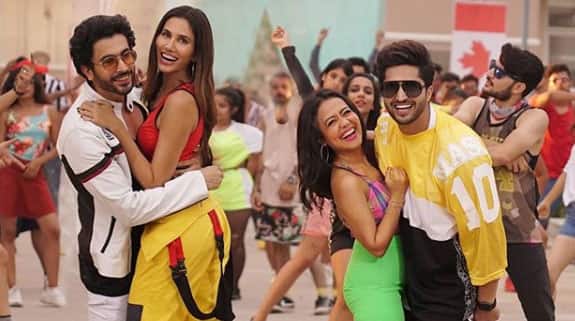 New Delhi: The 'Lamborghini' track from Sunny Singh and Sonnalli Seygall's 'Jai Mummy Di' has been unveiled and it is a reprised version of the popular song 'Lamberghini' by The Doorbeen. The remix version in the movie has retained the originality but changed the lyrics though.

The track is vibrant and has got a nice feel to it. The 'Lamborghini' song has been sung by Meet Bros featuring Neha Kakkar and Jassie Gill. Kumaar has penned the lyrics.

'Jai Mummy Di' is helmed by Navjot Gulati and has been produced by Luv Ranjan and T-Series. The film will hit the screens on January 17, 2020.

Sonnalli made her debut in 2011 hit 'Pyaar Ka Punchnama' followed by 'Wedding Pullav'. The actress was also seen in a cameo in 2018 big hit 'Sonu Ke Titu Ki Sweety'. Sunny was paired opposite Sonnalli in 'Pyaar Ka Punchnama 2' which clicked with the audience.