Cyrus previously teased her fans with various 'She Is Coming' teasers on social media after unveiling a snippet of a new song called 'Bad Karma'. 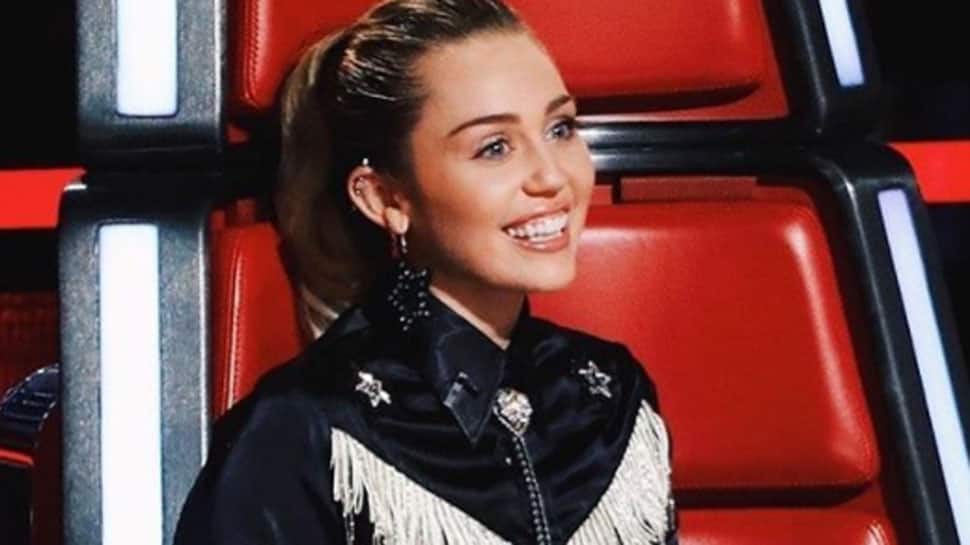 Washington: After much anticipation and days of sharing cryptic posts, singers Miley Cyrus has finally released her latest single `She is coming`.The 26-year-old shared a short video of the new track on Twitter handle and wrote, "SHE IS COMING out everywhere now! #SheIsComing", in which she can be seen posing a bed in an off-shoulder black gown.

The song starts with soft music, with the `Wrecking Ball` singer crooning, "You`re in my bed and I am inviting, it`s fine because I`m in the mood," which slides into catchy beats as the song goes on. The thirty-one-second video concludes with the singer flaunting her curves in opaque black lingerie. On Tuesday, Cyrus announced after she performed three new songs at BBC Radio 1`s Big Weekend show, including `Mother`s Daughter,` `Dream,` and an electronic-infused banger titled `Cattitude,` in which she references the alleged Cardi B/Nicki Minaj feud by rapping "I love you Nicki, but I listen to Cardi."

Cyrus previously teased her fans with various `She Is Coming` teasers on social media after unveiling a snippet of a new song called `Bad Karma` in a video filmed as she and husband Liam Hemsworth made their way to the 2019 Met Gala on May 6. The EP will mark Cyrus` first collection of new music since 2017`s full-length album `Younger Now`, which spawned the top-10 hit `Malibu` and reached No. 5 on the Billboard 200 chart.

In addition to working on her new project, the singer appeared in several television projects in recent months. In February, she went undercover as a boy to surprise the RuPaul`s Drag Race Werk Room show during the Emmy-winning reality competition`s season 11 premiere, and is next set to appear on a season 5 episode of Netflix`s popular sci-fi series `Black Mirror.`

Catch Adam Levine touring with Maroon 5 after quitting 'The Voice'