'Naari Naari' song gets modern spin for 'Made In China'

'Made In China' tells the story of a Gujarati entrepreneur Raghu Mehta (Rajkummar) and his 'jugaadu' business journey. 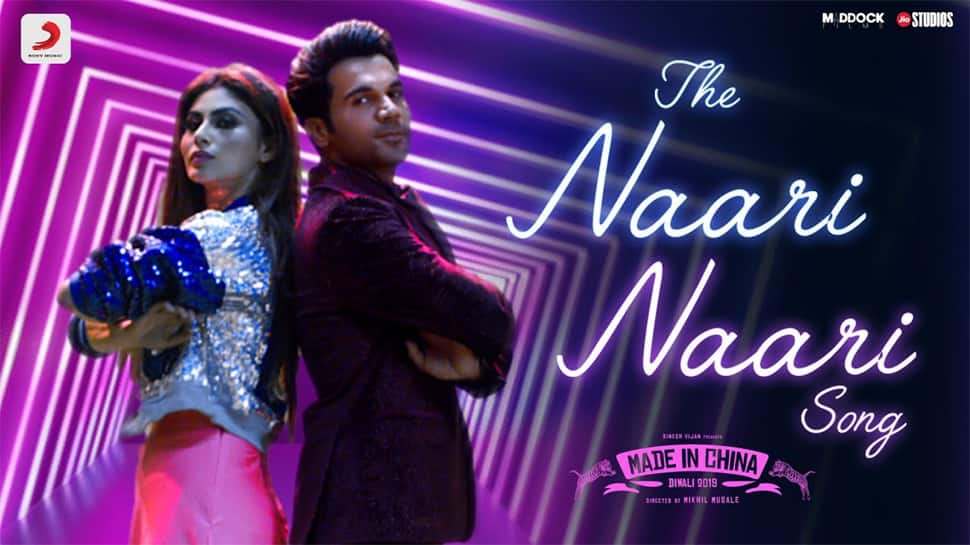 Mumbai: Actors Rajkummar Rao and Mouni Roy are excited about the new rendition of the 1990s Arabic classic "Naari Naari" in their forthcoming film "Made In China".

With music by composer-duo Sachin-Jigar, "Naari Naari" features Rajkummar and Mouni grooving to the beats, with Boman Irani making a special appearance. Vishal Dadlani, Jonita Gandhi and Sachin-Jigar have lent their voices to the new rendition.

"When Dinoo (Dinesh Vijan) and Mikhil (Musale) told me about recreating 'Naari Naari' as a dance song for our film, I was excited because it used to be one of my go-to tracks back in school," Rajkummar said.

"Raghu (my character) would've never been able to pursue the road to success if it wasn't for the support of his Naari -- Rukmini..after all, behind every successful man is his aari (woman)," he added.

Talking about the song, Mouni said: "I remember waiting for the weekly top charts to catch a glimpse of my favourite pop songs on TV. And I absolutely loved 'Naari naari'! I had even memorised the chorus Arabic lyrics of the song. And now doing a modern day interpretation of the song brought back the 1990s for me."

"It was so much fun to dance alongside Raj for this song because it was a whole new flavour compared to our other songs. After the quintessential garba favourites, 'Odhani' and 'Sanedo', this was a completely different vibe and I had an absolute blast shooting it. I hope this song will spread it's magic and take over the club circuit in the country once again," she added.

"Made In China" tells the story of a Gujarati entrepreneur Raghu Mehta (Rajkummar) and his 'jugaadu' business journey. Mouni essays role of Raghu's wife Rukmini.

Dinesh Vijan presents "Made In China" in association with Jio Studios. A Maddock Films production, the film also stars Paresh Rawal and Gajraj Rao. It is written and directed by Musale, who is making his Hindi directorial debut with the film. It is slated to release around the upcoming Diwali.