Nora Fatehi's 'O Saki Saki' song is no Dilbar, but has some crazy belly dance moves—Watch

Madhu Bhojwani, Nikkhil Advani, John Abraham and Sandeep Leyzell. It is slated to hit the screens on August 15, 2019. 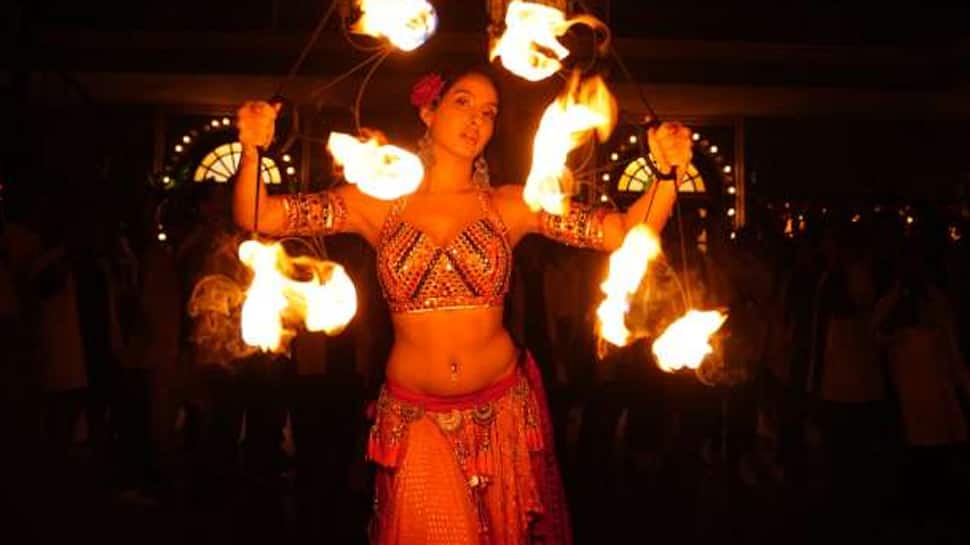 New Delhi: Better known as the 'Dilbar' girl, Nora Fatehi is back with yet another dance number 'O Saki Saki' from 'Batla House'. The track is from John Abraham's upcoming actioner and had kept the fans waiting for quite some time.

The song is finally out now and even though Nora's exceptional belly dancing skills will keep you hooked, do not expect another 'Dilbar'. Well, simply because it is not.

The track is a rehashed version of the Sanjay Dutt starrer 'Musafir' which featured Koena Mitra. She became an overnight sensation after the chartbuster number.

Now, coming back to the new 'O Saki Saki' song, the track is sung by Neha Kakkar, Tulsi Kumar and B Praak. The music has been recreated by Tanishk Bagchi who has also written the lyrics.

The original music was composed by Vishal-Shekhar and the lyrics were by Dev Kohli.

Nora has performed to some crazy, jaw-dropping choreography in the track. If John Abraham's 'Satyamev Jayate' gave her a blockbuster track 'Dilbar', then 'Batla House' will also be a hit dance number to her credit.

Madhu Bhojwani, Nikkhil Advani, John Abraham and Sandeep Leyzell. It is slated to hit the screens on August 15, 2019. The film will clash with Akshay's Mission Mangal this Independence Day.