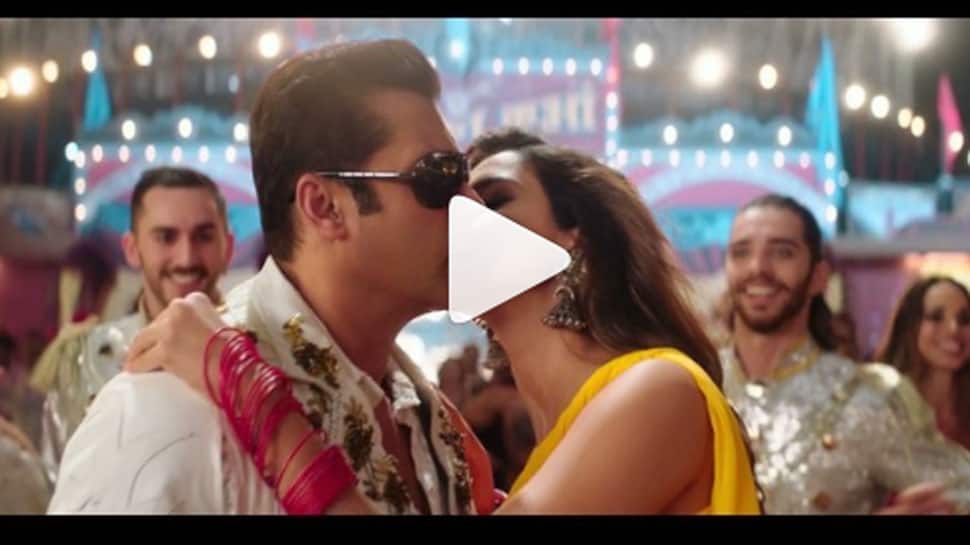 New Delhi: Superstar Salman Khan and Disha Patani's first track from 'Bharat' 'Slow Motion' not only garnered over 34 million views on YouTube but also set the buzz going ahead of the movie release. The song has been liked by many and turned into a meme fest by others online.

Disha' yellow saree sparked off a debate over its 'rope' pallu and style of draping on social media. However, fans loved it and that explains the ver increasing views on the song.

The makers have now shared the making video of 'Slow Motion' which shows what went behind creating the whole circus set-up and show Salman's journey as a 20 something lad.

The track features pretty lady Disha Patani, who is oozing oomph in a yellow saree along with Salman, who is dressed in his Elvis Presley style. Disha plays a trapeze artiste in this movie and it will be interesting to see her how her character unfolds in this multi-starrer. Katrina Kaif plays the female lead in 'Bharat'.