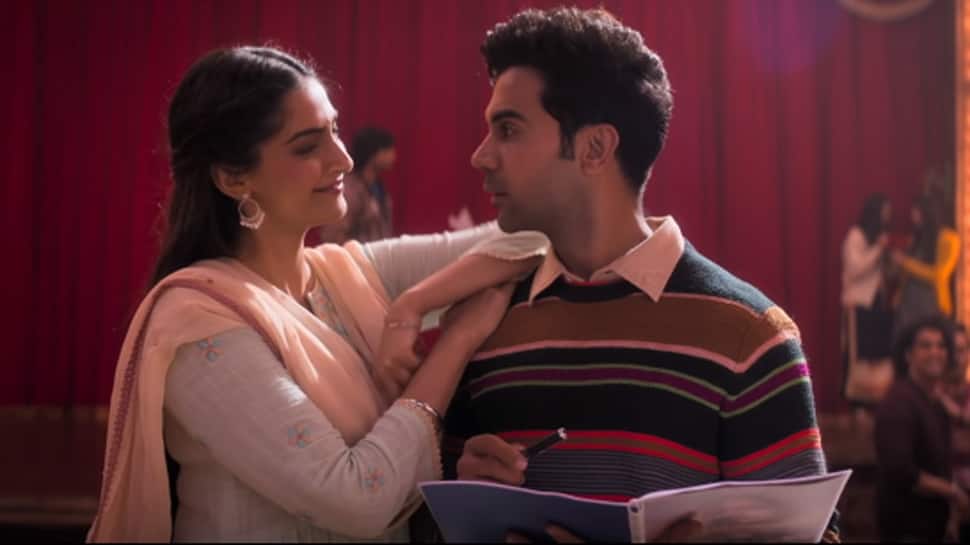 New Delhi: As soon as you hear the soothing music of Sonam Kapoor and Rajkummar Rao starrer 'Ek Ladki Ko Dekha Toh Aisa Laga' title song, you will be taken to the world of 90s. Yes! The makers have kept the essence of the original intact with new voice adding a fresh taste.

The title track of 'Ek Ladki Ko Dekha To Aisa Laga' has been unveiled and it taps the beautiful, old world chemistry shown between the lead pair of Sonam and Rajkummar. Also, watching real life father-daughter duo of Anil and Sonam Kapoor together makes for an interesting deal.

The title song has been sung by Darshan Raval, Rochak Kohli and the music is composed by Rochak Kohli. The lyrics are penned by Gurpreet Saini. The original song was composed by the legendary RD Burman and lyrics were by veteran writer Javed Akhtar.