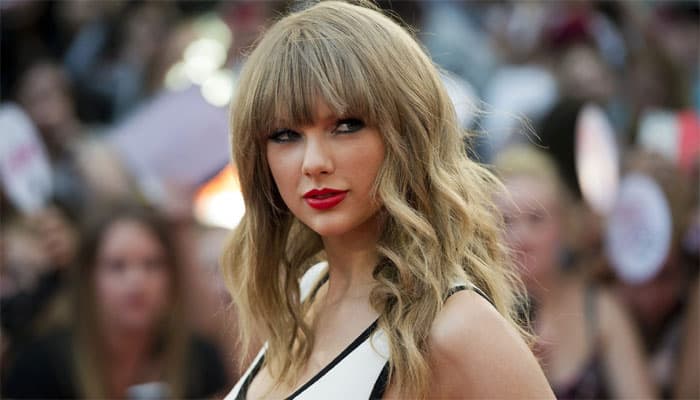 New Delhi: Taylor Swift and Ariana Grande each received 10 nominations for the MTV Video Music Awards (VMA) on Tuesday, leading the race in the youth-orientated awards show, which this year includes two new categories, best K-pop and video for good.

Singer-songwriter Billie Eilish scored nine nominations, including video of the year, best pop, best new artist and artist of the year, a category the 17-year-old will compete for against Grande, rapper Cardi B, pop-rocker siblings Jonas Brothers as well as singers Halsey and Shawn Mendes.

Grande`s breakup anthem "Thank U, Next" and Swift`s "You Need to Calm Down", in which she criticises social media trolls and those who attack LGBTQ people, will contend for prizes including song of the year, best pop and the video of the year.

The 29-year-old Swift, whose acceptance speech at the 2009 awards was famously interrupted by rapper Kanye West, also received nominations for "ME!" her upbeat duet with Brendon Urie, the lead singer of Panic! at the Disco.

"Boy With Luv" a collaboration between boy band BTS, who have won legions of Korean pop music fans outside of Asia, and Halsey is among the nominees in the best K-Pop category. The song also received nods for best collaboration, best art direction and best choreography.

The new video for good category features songs that have raised awareness or given out a wider message. Animated, star-studded or depicting real footage, they include videos for Swift`s "You Need to Calm Down", Halsey`s female-empowering "Nightmare", Lil Dicky`s environmentally themed "Earth" and John Legend`s "Preach" about social injustices.

Other nominees include The Killers` "Land Of The Free", a protest against U.S. President Donald Trump`s planned wall on the U.S.-Mexican border and a remake of Soul Asylum`s "Runaway Train", whose 1993 video featured missing children, by Jamie N Commons, Skylar Grey and Gallant.

Other music stars with several nominations include Lil Nas X with eight nods, Halsey who received six, Shawn Mendes who earned five and last year`s video of the year and artist of the year winner Camila Cabello, who got four.

The VMAs, which are voted for by fans and known for their unpredictable stunts, will be broadcast live on Aug. 26 from Newark, New Jersey.

Queen's 'Bohemian Rhapsody' gets one billion views on YouTube