American singer-songwriter Taylor Swift went live on Instagram on Tuesday to announce her new song 'The Archer'. The song which is co-produced by Taylor and Jack Antonoof will be track five on her upcoming 18-track album, 'Lover', which is scheduled to release on August 23. 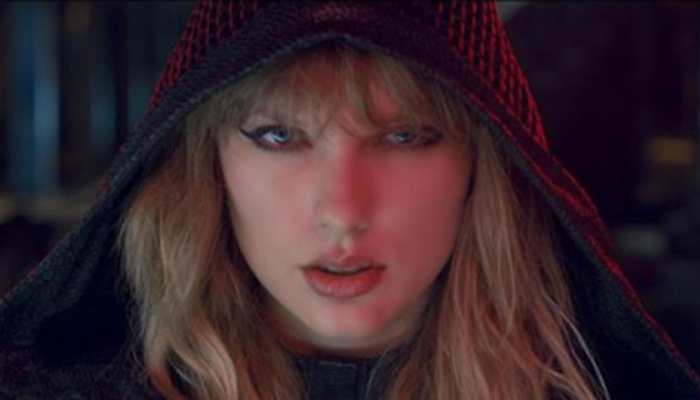 Washington DC: American singer-songwriter Taylor Swift went live on Instagram on Tuesday to announce her new song 'The Archer'. The song which is co-produced by Taylor and Jack Antonoof will be track five on her upcoming 18-track album, 'Lover', which is scheduled to release on August 23.

"I really wanted to give you track five before the album came out," Swift said during the live stream."

She added, "As I was making albums, I was putting a very vulnerable, personal, honest, emotional song as track five." The amazing fact is that Archer is the symbol of the zodiac sign Sagittarius, which is Swift`s astrological sign. The track is about Swift`s relationship with her longtime love, actor Joe Alwyn.

In "The Archer," Swift wonders, "Who could stay?" But, by the end of the song, she has a realization, singing, "You could stay."

The song, with its catchy lyrics and upbeat tune, is sure to make way into your playlists.

In the first verse, Swift said that she`s ready for battle and fight for a relationship, "Combat, I`m ready for combat, I say I don`t want that/But what if I do? Swift sings at the beginning of the track. "Cause cruelty wins in the movies, I`ve got a hundred thrown out speeches I almost said to you." She continues, "Easy they come, easy they go, I jump from the train, I ride off alone, I never grew up, it`s getting so old, Help me hold onto you."

In the second verse, Swift said this relationship has only left her with regret and guilt "I`ve been the archer, I`ve been the prey, Who could ever leave me darling, but who could stay?" Swift wonders "Dark side, I search for your dark side, But what if I`m all right, right, right, right here? And I cut off, my nose just to spite my face. Then I hate my reflection, for years and years."

Swift also revealed during her live stream that she will be including 120 pages of her diaries in the deluxe edition of her 'Lover' album.

T. Swift posted the photos on her Instagram handle with the caption:"I`ve been the archer I`ve been the prey who could ever leave me darling...But who could stay?"

Back in April, Swift released the first song titled `Me!` from her new album, with Panic! at the Disco`s Brendon Urie. Earlier in June, Swift urged her fans to contact senators in her home state of Tennessee to demand passage of the Equality Act. Later that night, she made the same appeal at an iHeart Wango Tango concert in Los Angeles, appearing in a rainbow coloured outfit.

Prior to her reveal on Tuesday, it was announced that Swift earned 10 nominations for this year`s 2019 MTV Video Music Awards!