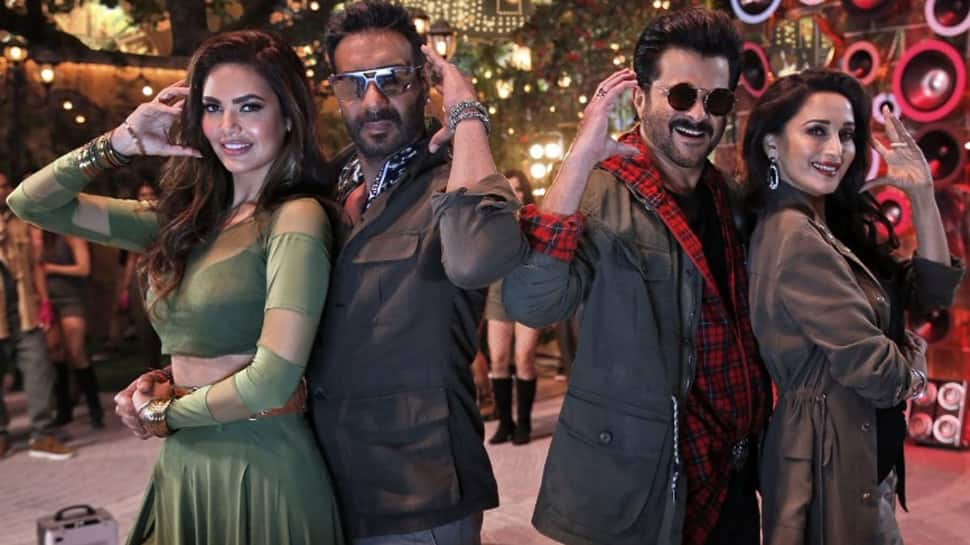 New Delhi: Ajay Devgn starrer 'Total Dhamaal' is gearing up to open in theatres on February 22, 2019, and the makers are heavily into promotions. A new song titled 'Speaker Phat Jaaye' has been unveiled and it looks like a party number.

The song has been sung by Harrdy Sandhu, Abuzar Akhtar, Aditi Singh Sharma and Jonita Gandhi. Gourov-Roshin is the music directors and lyrics are penned by Kumaar.

The choreography has been done by Ranju Varghese. The song features the entire cast. The movie promises to be packed with several comic punches.