Adele showed off her svelte figure and penned a special message amid the COVID-19 crisis. 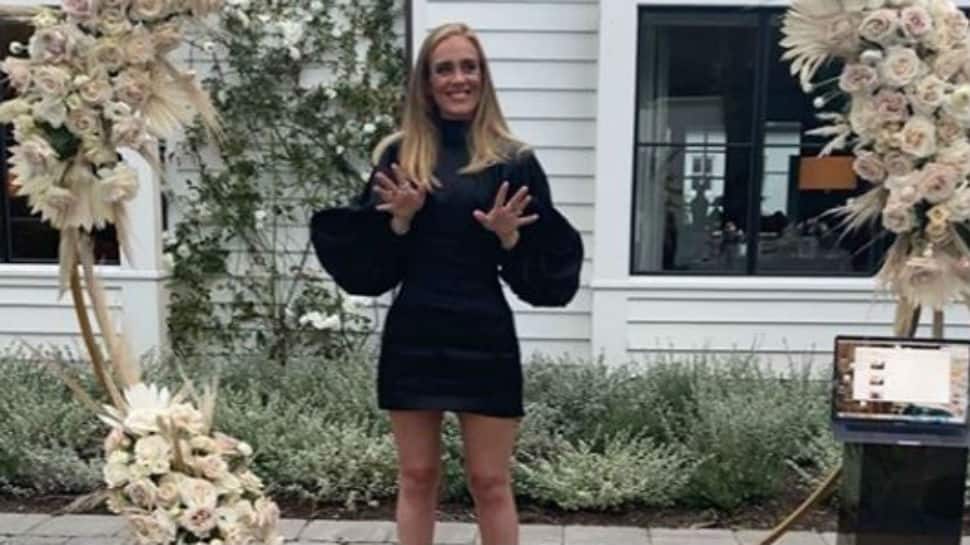 Washington DC: English singer-songwriter Adele returned to Instagram to mark her 32nd birthday on Tuesday. She showed off her svelte figure and penned a special message amid the COVID-19 crisis.

The 32-year-old singer took to Instagram and posted an image of herself standing outside in the center of a gold circular sculpture adorned with three bouquets of blush-coloured flowers.

"Thank you for the birthday love. I hope you`re staying safe and sane during this crazy time," she wrote.

The `Hello` crooner went on to express gratitude to those on the front lines of the global crisis: "I`d like to thank all of our first responders and essential workers who are keeping us safe while risking their lives! You are truly our angels 2020 okay bye thanks."

The picture went viral with hundreds of thousands of likes and comments like this one from Chrissy Teigen: "I mean are you kidding me."

Thank you for the birthday love. I hope you’re all staying safe and sane during this crazy time. I’d like to thank all of our first responders and essential workers who are keeping us safe while risking their lives! You are truly our angels 2020 okay bye thanks x

This is Adele `s first post on Instagram since December 2019, when she posed next to the Grinch at her holiday party.

Avoiding major red-carpet events and not doing any interviews, Adele has mostly laid low over the past year.

The singer, however, appeared at a pair of high-profile private parties, one for Drake`s birthday in October and again at Beyonce and Jay-Z`s post-Oscars party at Chateau Marmont. Both appearances -- photos of which were shared on social media -- caused a media and fan frenzy for her dramatic transformation.

According to People magazine, when they covered her new look, a source told the outlet that it`s not been about losing weight for the singer, it`s about wanting to be the healthiest mother she can be for son Angelo.

As per a source to the magazine, "Her whole focus during the weight loss journey has really been all about how she can be healthier and how can she treat her body better. It was never about losing weight. Her weight loss happened because she has cut down drinking and is eating more real food. But she now loves her physical transformation too. She is more confident, dresses differently and she just seems happier overall."