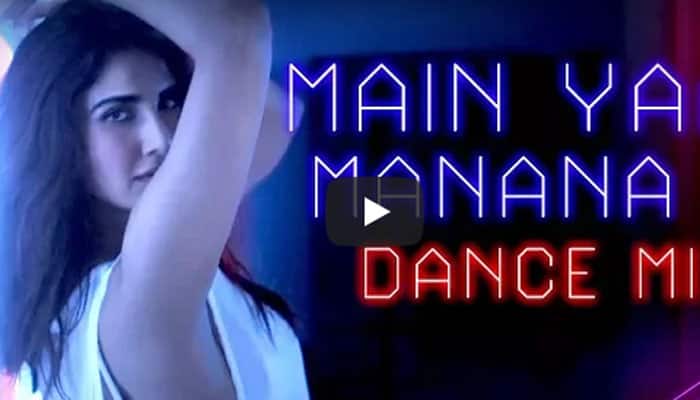 Mumbai: Yash Raj Films’ talent – Vaani Kapoor – has got the looks, talent and oomph to make it big in the industry. The girl who made her debut with YRF’s Shuddh Desi Romance opposite Sushant Singh Rajput, often reminds us of Kareena Kapoor Khan with her vivaciousness. But her latest dance mix video recreates Katrina Kaif’s Kamli moment and Vaani dances like a pro to the tunes of Yashita Sharma.

Vaani succeeds in creating the Kamli magic exhibited by Katrina in Dhoom 3. Sung by Sunidhi Chaihan, Kamli highlighted Katrina’s jaw-dropping sensuous dance moves. Vaani too, who is blessed with a great frame and good looks, adds her magical charm to the old number.

This track is the recreated version of a song originally sung by Lata Mangeshkar and Minoo Purshottam. Composed by Laxmikant – Pyarelal and penned by legendary lyricist Sahir Ludhianvi, Main Yaar Manana Ni is from the film ‘Daag’ released in 1973 starring Rajesh Khanna, Rakhee and Sharmila Tagore.

Vaani was the leading lady in Aditya Chopra comeback directorial venture Befikre in 2016. The film which also starred Ranveer Singh proved to be a dud at the Box Office. The gen-next Diva of Bollywood has now bagged a role in YRF’s next actioner starring Hrithik Roshan and Tiger Shroff.