Shilpa Shetty dedicated a special performance to Vijay on TikTok and wrote, "This Is For You #ThalapathyVijay." 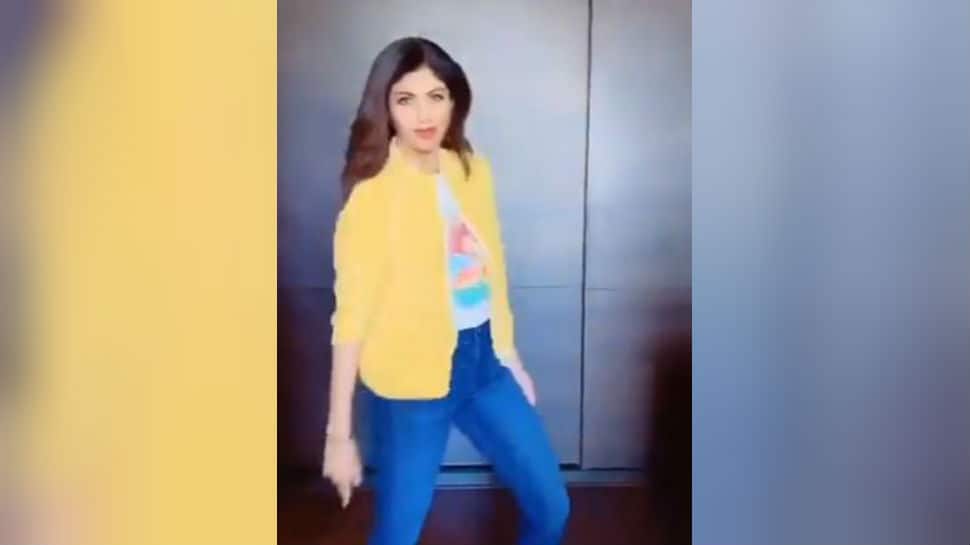 New Delhi: Tamil superstar Vijay has a huge fan-following and everytime his movies or song release, they get a blockbuster welcome on social media. Now, #VaathiComing has taken over Twitter after the song of the same name was released. Also, it’s going viral because actress Shilpa Shetty dedicated a special performance to Vijay on TikTok and wrote, "This Is For You #ThalapathyVijay."

Shilpa has aced the ‘Vaathi Coming’ hook step and her video is now super-hit on social media. The clip has been shared by Vijay’s fan clubs on Twitter. Take a look, you’ll be bowled over.

Back to Back Thalapathy Songs for the last 1 hour

#VaathiComing is undoubtedly the biggest chartbuster of this decade...

Its getting to #AppadiPodu range...

All around the world people enjoying this song...

‘Vaathi Coming’ is from Vijay’s much-anticipated film 'Master', also starring Vijay Sethupathi, Malavika Mohanan, Arjun Das, Andrea and Shanthanu. It’s an action-thriller directed by Lokesh Kanagaraj. Details related to ‘Master’ have been kept under the wraps. Its release date has been pushed due to the coronavirus pandemic.

Vijay was last seen in the blockbuster ‘Bigil’.