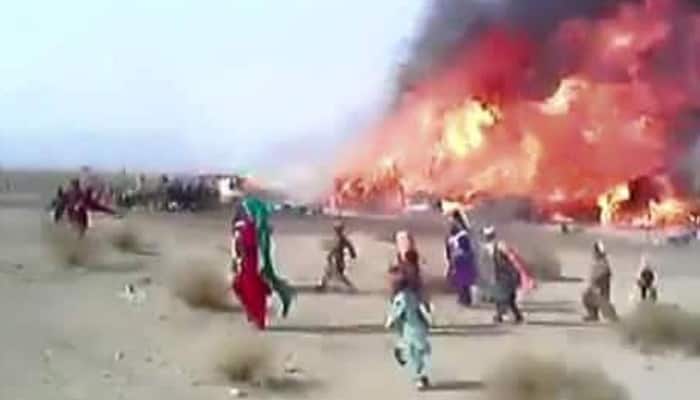 New Delhi: Ever since Prime Minister Narendra Modi highlighted the human rights violations in Balochistan, many voices have come forward and spoken against the atrocities committed by the Pakistani forces and Inter-Services Intelligence.

While exposing Pakistan's misdeeds in the restive area, a Maloch woman, who refused to disclose her identity claimed that the forces have rape cell, where women are confined and subjected to brutal sexual assault.

The barbarity of Pakistani forces have increased ever since PM Modi addressed the Balochistan issue.

The Baloch lawyers, doctors, teachers are being abducted and their dead bodies are later found in some deserted area.

In a startling revelation, the Baloch woman said, for the past two weeks Pakistani forces have around 50 women and children have been abducted in Dera Bugti area.

The woman said Pakistan uses tanks and fighter jets to silence their call for freedom.

The woman appealed to India to strongly raise their concerns in the international forum and support their freedom struggle.

Pakistan's illegal occupation of Balochistan has gained international attention after Prime Minster Narendra Modi mentioned about the struggle of Balochi people during his Independence Day speech from the ramparts of Red Fort on August 15.

Notably, Baloch nationalist leader Brahumdagh Bugti, who is the president of Baloch Republican Party (BRP) that is seeking independence for the troubled Pakistani province, has applied for asylum in India.

While posting the pictures on her twitter account, she accused the Pakistani forces of abducting the Baloch youths and then killing them.

Balochistan's representative at UNHRC has accused Pakistan of committing war crimes against Baloch people and urged the international community to penalise Islamabad for its alleged human rights violations in the Baloch and Sindh regions.