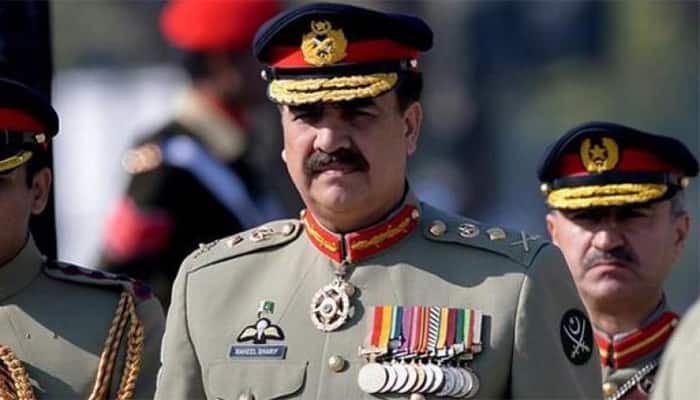 'Raad Ul Barq' is aimed at checking the operational preparedness of the military. Tanks, planes, artillery and other heavy weapons are taking part in the ongoing military exercises.

Helicopter gunships and ground troops will take part in the exercise, which comes just days after seven Pakistani soldiers were killed along the Line of Control.

Prime Minister Sharif said yesterday that Pakistan cannot be bullied by Indian "tactics" and its restraint should not be "misunderstood" as weakness, warning that his country was fully capable of defending against "any belligerence".

While chairing a high-level meeting at the Prime Minister's House, Sharif said Pakistan was exercising "maximum restraint" in the face of "Indian violence", and it should not be "misunderstood as our weakness", a statement said.

The relations between New Delhi and Islamabad have been simmering ever since the India Army conducted surgical strikes on seven terror launch pads along the LoC on the intervening night of September 28 and 29, inflicting "significant casualties" on terrorists preparing to infiltrate from Pakistan-occupied Kashmir.

In a first, India carried out surgical strikes on seven terror launch pads across the LoC with the Army inflicting "significant casualties" on terrorists preparing to infiltrate from PoK, days after Prime Minister Narendra Modi warned Uri attack would not go unpunished.

Seven terror launch pads across the LoC were targeted by the Army in a nearly five-hour-long operation during which heliborne and ground forces were deployed.

Sartaj Aziz to visit India for regional meeting in Afghanistan