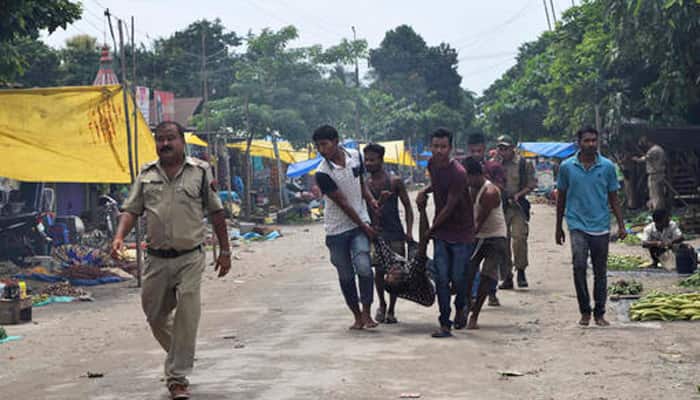 "Direct involvement of NDFB(S) in the Kokrajhar violence has been found following unearthing of vital information," an official release quoting Sonowal said.

Sonowal, who also holds the Home portfolio, said the police have got some vital information and contact numbers from the mobile phone of a terrorist who was gunned down by the police during the attack at Balajan Tiniali market.

The slain militant was identified as Anjoy Islary alias Monjoy and he was the self-styled commanding officer of the NDFB(S), senior minister Himanta Biswa Sarma said.

The insurgent was identified from his photo in police records and DNA tests would be conducted to establish his identity beyond doubt, he added.

"Ours is a zero tolerance approach towards terrorism. We are fully committed towards protecting the life and property of the people of the state and we consider it as our first and foremost duty," the Chief Minister was quoted as saying in the statement.

In view of the Kokrajhar incident and the upcoming Independence Day, Sonowal asked the civil and police administration to be on high alert and to beef up security to thwart designs of anti-national forces.

He directed the DCs and SPs to review the law and order situation on a regular basis and to take measures to prevent any untoward incident, the statement said.

Sonowal also visited Gauhati Medical College Hospital to inquire about the health of the five persons, including a 6-year-old boy, seriously injured in the attack.

He directed the doctors to provide advance healthcare to the victims.

The Chief Minister told reporters that doctors had informed him that all the injured were out of danger.

Himanta Biswa Sarma said 14 of the injured were rushed to the nearby Barpeta Medical College Hospital and five of them had been sent to the GMCH.

Seven others who are in Kokrajhar Civil Hospital and those in Barpeta hospital were out of danger, he said.

The CM will evaluate the stepped-up security vigil to nab the culprits, the release said.