This is not the first study to single out octopuses as a rare creature. 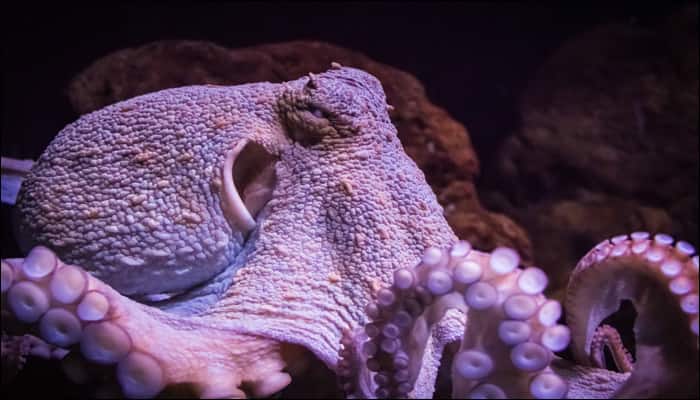 New Delhi: Scientists and space agencies have forever been on the lookout for some form of solid evidence that would firmly instil the existence of creatures from outer space.

Now, it seems as if aliens always existed amongst us, but we never knew it! If a new study is to be believed, Octopuses are actually aliens!

The catch? Their DNA, apparently. According to the study published in the journal Nature, octopuses harbour a genome that produces a prodigious level of complexity, composed of 33,000 protein-coding genes. This amount is way beyond the number that can be found in a human being.

Marine biologists are in the process of studying this extraordinary piece of information further, to understand octopuses better.

However, there's one thing that they seem sure of – that octopuses cannot be compared to any other animal on this planet.

This is not the first study to single out octopuses as a rare creature. A previous study claimed that the cephalopods cannot be compared to other molluscs, because of its never-seen-before build, which made it stand out.

As per Science World Report, the researchers from the University of Chicago added that the genome of octopuses is actually full of transposons or the jumping genes. These genes can rearrange themselves on the genome although what their real role is still be investigated. What is known though is that transposons can regulate gene expression and can affect genome structure significantly.

"With a few notable exceptions, the octopus basically has a typical invertebrate genome that's just been completely rearranged, like it's been put into a blender and mixed," said Caroline Albertin, co-lead author and graduate student in Organismal Biology and Anatomy at the University of Chicago. "This leads to genes being placed in new genomic environments with different regulatory elements, and was an entirely unexpected finding."

The study concluded that octopuses have "alien" genes and more probing from the marine biologists can reveal more breakthroughs. The world is still so vast and we only knew half of what is really out there.