The findings have implications for the carbon cycle, which is particularly important in light of climate change. 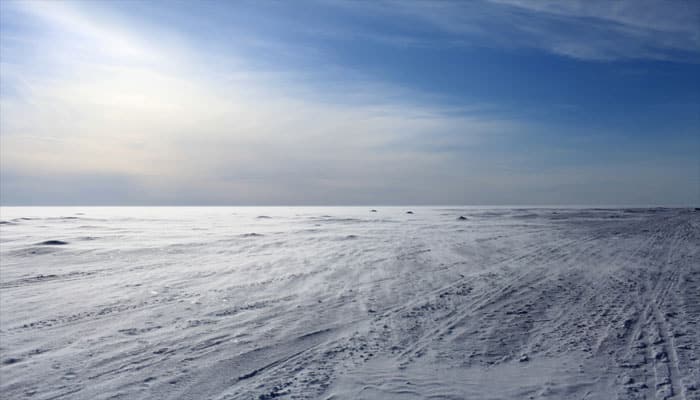 London: In the absence of any sunlight, it is the moonlight that drives the migrations of tiny marine animals through the permanently dark and frigid Arctic winter, an interesting study says.

According to the researchers, Zooplankton -- which are the tiny animals found near the surface in aquatic environments -- keep moving during the Arctic winter.

The migrations take place when the moon rises above the horizon, the findings showed.

The researchers explained that the behaviour is most likely an attempt by zooplankton to avoid predators hunting by the moonlight.

"During the permanently dark and extremely cold Arctic winter, (these) tiny marine creatures, like mythical werewolves, respond to moonlight by undergoing mass migrations," said one of the researchers Kim Last from Scottish Association for Marine Science in Scotland.

The findings have implications for the carbon cycle, which is particularly important in light of climate change.

"The daily vertical migration of zooplankton contributes significantly to the carbon pump by moving fixed carbon from the surface into the deep ocean," Last explained.

"Since there is no photosynthesis during the polar night, carbon is only moved into the deep by predators feeding on prey," Last added.

Further investigation also showed that the marine creatures follow the 24.8-hour lunar day, instead of the 24-hour solar day.

"The acoustic database used for our analysis cumulatively spans 50 years of data from moorings that cover much of the Arctic Ocean. The occurrences of lunar migrations happen every winter at all sites, even under sea ice with snow cover on top,” Last said.

The report was published in the journal Current Biology.