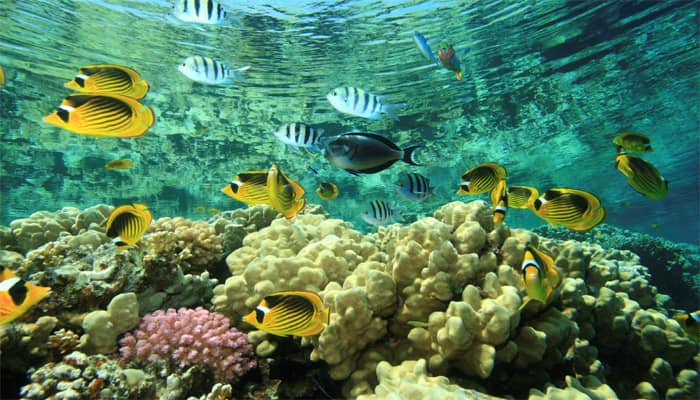 London: Noise from passing motorboats help double the chances of predators capturing fish as it increases stress levels in young coral reef fish and reduces their ability to flee, according to a study.

This is the first study to show that real-world noise, in this case the common noise of motorboats, can have a direct consequence on fish survival.

"We found that when real boats were motoring near to young damselfish in open water, they became stressed and were six times less likely to startle to simulated predator attacks compared to fish tested without boats nearby," said marine biologist Stephen Simpson from Britain's University of Exeter.

Simpson and his international research team used playbacks and real boat noise, to test the impact of motorboat noise on survival of young Ambon damselfish during encounters with their natural predator the dusky dottyback.

"The combination of stress and poor responses to strikes by predators is why these fish became such easy prey," said collaborator Andy Radford from the University of Bristol.

"If you go to the Great Barrier Reef, there is a lot of noise from motorboats in some places. But unlike many pollutants we can more easily control noise," Simpson said.

The study findings were published recently in Nature Communications.