The committee chaired by Ashwani Kumar said that whether it was air, water or noise pollution, it has gone beyond permissible limits during the last few years and has serious consequences for health and well-being of the citizens. 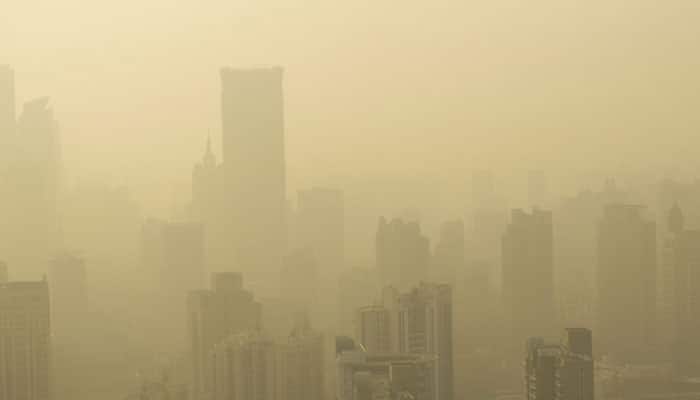 New Delhi: A Parliamentary panel has pulled up the Environment Ministry for its "poor performance" in controlling pollution and using its fund, and recommended it to take necessary measures to ensure targets are met in the future and funds optimally utilised.

The Parliamentary Standing Committee on Science and Technology, Environment and Forest in its 283rd report of Demands for Grants (2016-17) of Environment Ministry said the ministry also could not achieve the physical targets relating to Ambient Air Quality Monitoring Stations and new noise monitoring stations.

The committee chaired by Ashwani Kumar said that whether it was air, water or noise pollution, it has gone beyond permissible limits during the last few years and has serious consequences for health and well-being of the citizens.

"The committee finds that the performace of the Ministry and Central Pollution Control Board (CPCB) in a scheme relating to providing assistance for abatement of pollution is not impressive at all.

"The ministry could not achieve the physical targets relating to Ambient Air Quality Monitoring Stations and new noise monitoring stations while other targets set have been stated to be under process," the committee said.

It said that the ministry could only utilise 35 per cent of the allocation upto December 2015 which too reflects "very poorly" on the performance under the scheme.

"The committee therefore, recommends that the ministry should take a serious note of its performance under this scheme (assistance for abatement of pollution) and take all necessary measures to ensure that the targets under the scheme are achieved in future and funds allocated are optimally utilized," it said.

The committee said that growing urbanisation, rapid industrialisation and increasing population during the last few years have also tremendously impacted the environmental concerns of the country.

"In such a scenario, the measures taken by Environment Ministry for prevention and control of pollution and maintaining ecological balance have not been commensurate with the magnitude of the problem," the committee said.

The panel also noted that the budgetary allocation of the ministry is considerably "low" compared to the projections made by the ministry for the 12th Plan period.

"However the ministry is not even able to fully utilise the funds which are made available to it and also falls short of achieving the physical targets set or otherwise," it said.

It noted that the ministry needs to be adequately funded for taking all necessary steps in pursuit of the discharge of its mandate which includes ensuring better environment management and preservation of biodiversity including wildlife.

"The committee recommends that the ministry on its part must prepare a long-term plan, put forth futuristic projections and ensure that the allocated outlays are fully utilised and tragets achieved," it said.

Wow! Hollywood heartthrob Brad Pitt has a new wasp species named after him!