Two vaccines for treating the Ebola Virus Disease (EVD), which have already undergone the first phrase of trials, were deemed to be acceptably safe by the World Health Organization (WHO) Friday. 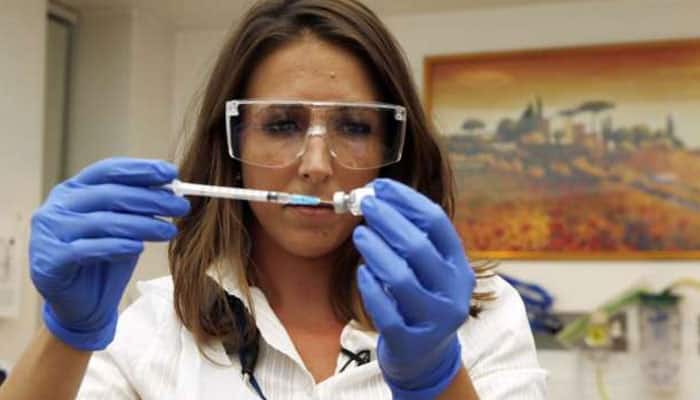 Geneva: Two vaccines for treating the Ebola Virus Disease (EVD), which have already undergone the first phrase of trials, were deemed to be acceptably safe by the World Health Organization (WHO) Friday.

According to a Xinhua report, WHO convened the second high-level meeting on Ebola vaccines Thursday to provide an update on the emerging safety and immunogenicity results of initial clinical trials and review the status of preparation for the next stage of efficacy trials in the three worst-affected West African countries of Liberia, Sierra Leone and Guinea.

The two potential vaccines that have been undergoing phase one safety tests on humans are ChAd3, made by Britain's GlaxoSmithKline, and VSV-EBOV, manufactured by the Public Health Agency of Canada and licensed by the US firm NewLink Genetics.

Kieny said that the evaluation of these two advanced vaccines was going on, noting that trials might begin in Liberia by the end of this month, and in Sierra Leone and Guinea in February.

In addition, she also noted that the pharmaceutical giant Johnson & Johnson has started early-stage testing of one of its vaccines and was preparing for advanced testing in the Ebola-affected countries.

"The world is waiting for us to get these vaccines ready and out to (the) people with this virus raging through their communities," she added.

As of Friday, the total number of cases attributed to EVD in West Africa reached 20,972, of which 8,259 people have died.

Statins as effective for women as men for cutting heart disease, stroke risk

Deshhit: Why is the Modi government's biggest emphasis on infrastructure in the budget?

Budget 2023: India to set up data embassies for digital continuity with world

What is Green Growth push, announced by FM Sitharaman in Union budget 2023?

Tax Slabs Slashed to 5 and BIGGEST Rebate EVER - What's Inside the Union Budget 2023?