The 'IS sympathisers' had planned to place cow and buffalo meat at the Bhagyalakshmi temple at the base of the iconic Charminar in Hyderabad. 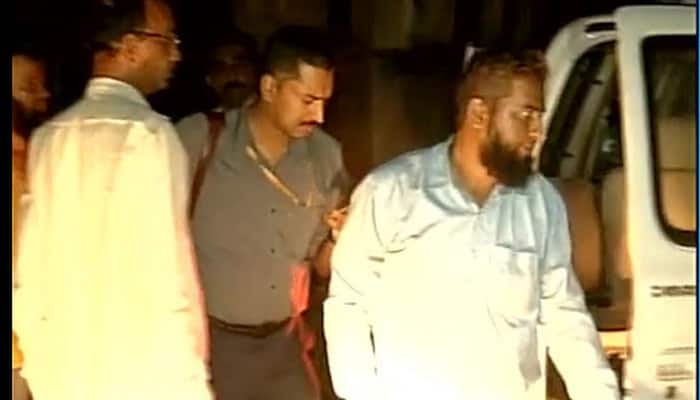 Hyderabad/New Delhi: A day after the National Investigation Agency (NIA) busted an alleged Islamic State (IS) terror module in Hyderabad by arresting five suspected sympathisers and detaining six others, a report on Thursday revealed shocking details.

A report in Aaj Tak quoted NIA officials as saying that those arrested had planned to incite communal violence during the ongoing holy month of Ramadan.

The 'IS sympathisers' had planned to place cow and buffalo meat at the Bhagyalakshmi temple at the base of the iconic Charminar with an aim to trigger communal violence.

According to a report in The Times of India, the agencies intercepted a telephonic conversation on June 25 evening that prompted them to pounce on the suspects -- aged between 20 and 42.

They were supposedly planning something 'big' in the next few days.

"This was the clincher for us to pick up the module. Our assessment is that the IS-inspired youths, who were in touch with a Syria-based handler identified as 'Amir' but suspected to be Shafi Armar alias Yousuf al Hindi, were planning to carry out bomb blasts to target VVIPs and crowded places like malls and shopping centres, including around Charminar, while also planting beef at nearby temples. A possible target was Bhagyalakshmi temple," said an NIA officer.

The arrested accused will be presented before special NIA court in Nampally (Hyderabad) today.

Meanwhile, the NIA will start a probe today against six suspected Islamic State terror group members, who were detained on Wednesday in Hyderabad, an official said.

The suspects were caught by various NIA teams which conducted raids at 10 locations across the city early Wednesday morning in coordination with the Andhra Pradesh Police.

The sources said most of the places raided fall within the jurisdiction of Moghulpura, Meer Chowk and Bhawani Nagar police stations of Hyderabad.

The NIA said the suspects included five persons against whom the anti-terror agency had registered a First Information Report on June 22 with regard to an emerging fundamentalist group affiliated to the IS.

Some of the arrested youth were practicing with airguns in Bandlaguda and Chandrayangutta areas, the NIA source said.

An NIA official said Mohammed Ibrahim and Habib Mohammed were identified as the main suspects. Ibrahim, through his Facebook accounts, was allegedly trying to recruit youth for the IS by using the Internet and other modes of communication.

On the other hand, the parents of the arrested youth reached the NIA office in Begumpet and claimed their innocence. They also demanded a meeting with the detained suspects.