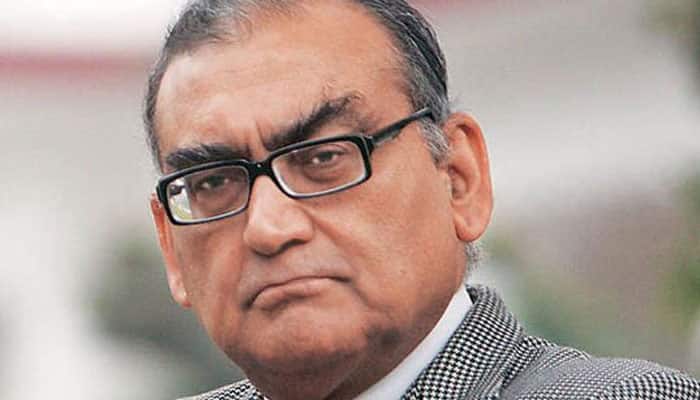 Mumbai: Former supreme Court justice Markandey Katju, who is known for his forthright views on controversial issues, has now jumped into the bitter controversy over Pakistani artists performing in the country at a time when the ties between India and Pakistan have hit an all-time low after terror attack in Uri and Army's counter surgical strikes last month.

Expressing his views on Twitter, Justice Katju, who also headed the Press Council of India, said, ''MNS people are goondas who have drunk the salt water of the Arabian Sea. I am an Allahabadi goonda, who has drunk the water of the Sangam.''

Here is what he tweeted.

Why do MNS attack helpless people? If u are brave, come to me. I've a danda waiting for u and is getting impatient https://t.co/0PLECoc4iC

. So instead of showing your bravery on those helpless artists, come have a dangal with me, and let the world see who is a bigger goonda

The outspoken jurist also dared MNS chief to come and have an open fight (dangal) with him to prove who is a bigger goonda.

Katju had been in news last year for making a series of controversial statements on cow slaughter and beef consumption as possession and sale of beef were made illegal.

In a Facebook post, he recently wrote that he had a "danda" (stick) with which he wished to hit those who made a fuss over the issue of cow slaughter and beef.

This time, his has joined the growing chorus by a section in the film fraternity, which is opposed to the MNS calls to block the 'ADHM' film, which is slated to be released during Diwali.

Today, former Indian cricketer and commentator Sanjay Manjrekar also hit out at the MNS for issuing threats to vandalise cinemas and multiplexes that will screen the film.

"One MLA party, MNS, not learning their lessons. With threats of vandalism, etc. they are certain to be a zero-MLA party next elections," Mr Manjrekar tweeted, entering the field of MNS-bashers.

The MNS reacted by questioning Mr Manjrekar's credentials to speak on the issue. "At least we have one MLA... On what basis is he talking like this," MNS vice-president Vageesh Saraswat questioned.

On Tuesday, Karan Johar made an emotional video statement, pledging to stop working with Pakistani artistes and pleading the cause of his film.

Muslim women will not tolerate interference in Sharia: AIMPLB members