Rejecting Rajya Sabha's five amendments and opposition's appeal not to make "haste", the Lok Sabha last week passed the legislation that aims at better targeting of subsidies through the Aadhar unique identity number within hours of the Upper Housing returning it. 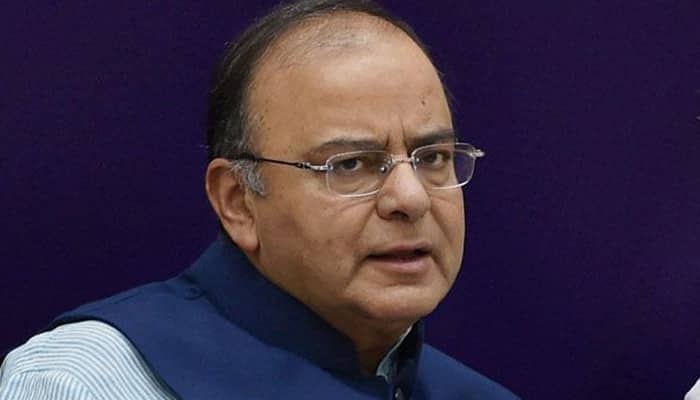 New Delhi: Rejecting Rajya Sabha's five amendments and opposition's appeal not to make "haste", the Lok Sabha last week passed the legislation that aims at better targeting of subsidies through the Aadhar unique identity number within hours of the Upper Housing returning it.

Finance Minister Arun Jaitley on Friday defended the government's stand on the Aadhaar law and said the Lok Sabha was right in rejecting amendments pushed by the opposition in the Rajya Sabha.

The Aadhaar (Targeted Delivery of Financial, Other Subsidies, Benefits & Services) Bill 2016 came up for consideration before the Rajya Sabha on 16th March 2016. Consistent with the spirit of democratic debate, the Congress in the Rajya Sabha suggested five amendments to the Bill, which were not accepted by the Lok Sabha. This blog explains why? (The Bill has now got Parliamentary approval).

Let us try to understand the potential ramifications if those five amendments had been accepted by Lok Sabha. There has understandably been an extensive public debate on the need for the Unique Identity Number for each resident and the desirability of not compromising with the Right to Privacy. The 2010 Bill drafted by the UPA had provisions in chapter VI which led to this debate. The Bill provided for sharing of identity information with the consent of the Aadhaar number holder, or by an order of any court, or a Competent Authority, disclosing the information on the grounds of “National Security”. The draft Bill was criticized for making provisions which could compromise an individual’s Right to Privacy.

I have always strongly believed that, notwithstanding the jurisprudential debate on the Right to Privacy, it would be essential to recognize that, Privacy, is an essential aspect of personal liberty guaranteed by Article 21 of the Constitution. The denial of privacy must thus be based on procedure which should be fair, just and reasonable. The 2016 law, therefore, contained stringent provisions both substantially and procedurally with regard to the Right of Privacy. The core bio-metric information cannot be shared with any person even with the consent of the Aadhaar card holder. The information cannot be unlawfully shared. Instead of permitting any Court to direct production of any such information, only a Court of the District Judge or above has been given the power to order disclosure of information excluding core biometrics. “National Security” is the only ground on which a Competent Authority can share this information. Every decision of the Competent Authority has to be reviewed by a Committee comprising of the Cabinet Secretary, the Law Secretary and the Secretary, Information Technology before it is given effect. The period of the direction of this Competent Authority has been limited to a maximum of three months.

The ground of “National Security” as the only ground on which the Competent Authority can share information is common to both the 2010 and 2016 laws. National Security is a well defined concept. The phrase exists in several legislations and also finds indirect reference in the Constitution in Article 19(2). National security has always been held to be an exception on account of larger public interest, wherein individual’s rights give way to larger public interest.This principle is followed in most advanced liberal democracies. For example, in United Kingdom, Section 28 of Personal Data Protection Act, 1998 provides that personal data are exempt from the data protection principles on grounds of safeguarding National Security. The Congress, using its superior numbers in the Rajya Sabha, forced an amendment to replace the words “National Security” with the words “Public Emergency or in the interest of public safety”. None of these two phrases are well defined. They are vague and can be elastic. It is also not clear as to how Aadhaar information would have been used in dealing with situations of public emergency or public safety. Certainly, they would have provided a scope much wider for encroaching upon privacy than the words “National Security” which existed in both the 2010 and 2016 law, and would have potentially become the grounds for constitutional challenge at a later date.

The proposed another amendment that the Oversight Committee to review the Competent Authority’s decision should also comprise of either the “Central Vigilance Commissioner (CVC) or the Comptroller and Auditor General (CAG)”. One is an anti-corruption authority and the other audits the government’s accounts. Both have no nexus whatsoever with the issues of “National Security”.

They, further, proposed to delete Section 57 of the 2016 law. Section 57 merely says that if under any other law the use of Aadhaar number for establishing the identity of an individual is permitted, the same law is not being over-ruled. The proposed amendment wanted all future laws to be over-ruled. Had a Money Bill started over-ruling future unknown legislations, it would have ceased to be a Money Bill.

Had the amendments proposed in the Rajya Sabha had been accepted, the encroachment to the Right of Privacy would be much wider. The Oversight Committee, on issues of national security, would have consisted of either an auditor or an anti-corruption authority, and the Money Bill would have gone beyond the scope of the Money Bill. These lacunae would have pushed the Aadhaar law to the realm of unconstitutionality. Obviously, the Lok Sabha did not agree with the above suggestions, and in my view, rightly so.