Addressing a rationalist conference in the Estonian capital of Tallin, the author called for pressurising the Bangladesh government to protect the rights and lives of atheist bloggers. 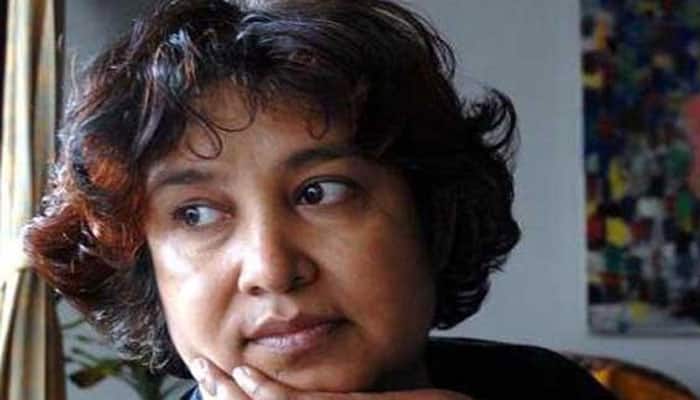 New Delhi: Bangladeshi author Taslima Nasreen has said that one don't have to be a critic of Islam to get killed in Bangladesh, because Islamists would kill you even for writing poetry or playing Sitar.

“Conflict in Bangladesh is between secularism and Islamic fundamentalism. Atheist, rationalist and secularist bloggers are being murdered in the country,” she said, adding “Bangladesh has laws against blasphemy, but those criticising Islam and atheists are being harassed.”

Addressing a rationalist conference in the Estonian capital of Tallin, the author called for pressurising the Bangladesh government to protect the rights and lives of atheist bloggers.

She said that Islam must go through an enlightenment process that other religions have gone through. “I hope secular movement will develop in Bangladesh to bring about laws based on equality,” Nasreen said.

She condemned the killing of professor Rezaul Karim by Islamists and said “Atheist bloggers are not around, all left the country, or hiding. So Islamists killing secular progressive people.”

Referring to her own situation in her native country, she said, “In 1990s, Islamists issued fatwa against me, and Bangladesh government protected them not me.”