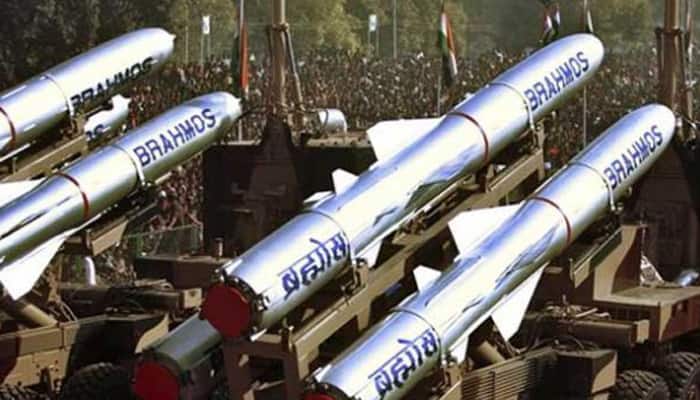 New Delhi: Realising the threat posed by the powerful China's People's Liberation Army, the Indian government, has decided to equip its Army with advanced version of the BrahMos supersonic cruise missile.

The missiles that will be deployed around the northeast border will have "trajectory manoeuvre and steep-dive capabilities" that would meet the requirements needed in the mountain warfare, 'The Times of India' reported.

The report stated that the Cabinet headed by Prime Ministre Narendra Modi has given a go ahead for the Rs 4,300 crore regiment. Around 100 missiles will be deployed on the northeast frontier.

The fire-and-forget Missile has the capability to take on surface-based targets by flying a combined high-low trajectory, thus evading enemy air defence systems.

The missile, having a range of 290-km and a Mach 2.8 speed, is capable of being launched from land, sea, sub-sea and air against sea and land targets.

Brahmos is a joint venture between DRDO of India and NPOM of Russia.

REVEALED: What RSS told BJP to keep in mind while picking next Gujarat CM