China`s Defence Ministry expressed concern on Thursday about reports that Indian troops had demolished a Chinese-built structure along their contested border. 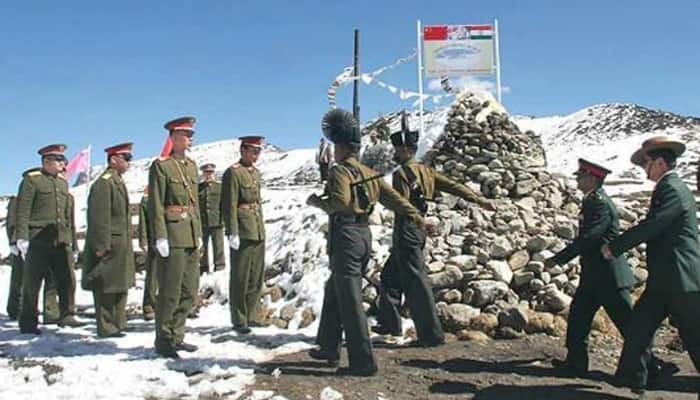 Beijing: China`s Defence Ministry expressed concern on Thursday about reports that Indian troops had demolished a Chinese-built structure along their contested border.

The Times of India said Indian troops had brought down a "watch tower like structure" they had spotted on their side of the line of control in the Ladakh region. Other media said it was a hut.

Disagreement between the neighbours over parts of their 3,500-km (2,175-mile) border led to a brief war in 1962 and involves large stretches of remote territory.

Chinese Defence Ministry spokesman Wu Qian, asked about the report, said leaders of both countries had agreed to maintain peace and tranquillity along the border.

"The moves by the Indian military in the relevant region do not accord with the relevant agreements reached by both sides or the spirit of the consensus," Wu told a regular monthly news briefing.

"We demand the Indian military conscientiously put into effect the consensus reached by both governments, not take any unilateral moves which could affect the border situation and maintain the peace and stability of the border with the Chinese military."

China claims more than 90,000 sq km (35,000 sq miles) of territory disputed by India in the eastern sector of the Himalayas. Much of that forms the Indian state of Arunachal Pradesh, which China calls South Tibet.

However, the nuclear-armed countries have moved to control the dispute, even as repeated rounds of talks have failed to make much progress.

Wu said both militaries would hold joint anti-terror drills in the southwestern Chinese province of Yunnan next month.