Those who have been booked for supporting PM Modi's comments on Balochistan are Brahamdagh Bugti, Harbiyar Marri and Banuk Karima Baloch among others. 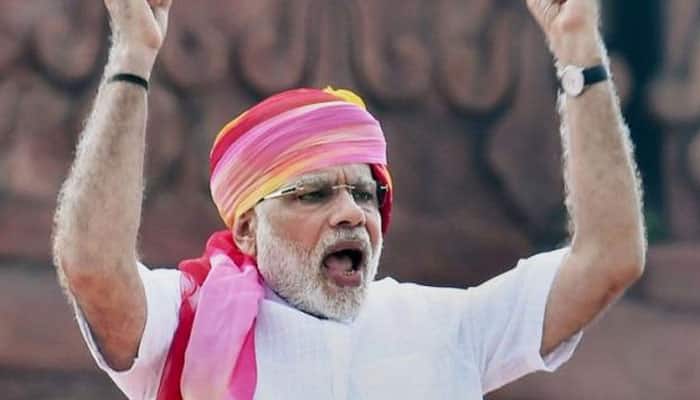 Quetta: Days after PM Narendra Modi had openly expressed his support to people of Balochistan, the Pakistani government has booked prominent separatist Baloch leaders for allegedly supporting the Indian Prime Minister's statements on the region.

According to Dawn News, those who have been booked are Brahamdagh Bugti, Harbiyar Marri and Banuk Karima Baloch among others.

The sections refer to "concealing design to commit offence punishable with imprisonment", "waging or attempting to wage war or abetting waging of war against Pakistan", "concealing with intent to facilitate design to wage war", and "assault or criminal force to deter public servant from discharge of his duty".

The Indian premier in a speech on India's independence day ─ in what some analysts believe is a move to divert attention away from the Kashmir issue ─ said that the people of Balochistan, Gilgit Baltistan and Azad Jammu and Kashmir 'thanked him a lot in the past few days'.

Petitioner Munir Ahmed also alleged that the Baloch leaders had asked the Indian premier to commit aggression against Pakistan.

Modi's controversial statement sparked protests across Balochistan, with large numbers of tribesmen taking to the streets in protest in Dera Bugti, Khuzdar, Quetta, Chaman and other parts of the province.

As protests against Modi were underway, Balochistan Chief Minister Sanaullah Zehri in a speech last week slammed the Indian premier's statements, alleging that the Indian government "fully supports the ongoing insurgency in Balochistan".

He also alleged that the Indian government "is deeply involved in sponsoring elements like Brahamdagh Bugti, Harbiyar Marri, Zamran Marri and Allah Nazar".

He accused Bugti of "getting funds from Indians", alleging "that's why he supported Modi's statement".

A month on, search continues for missing IAF aircraft AN-32