Defence Minister Manohar Parrikar is visiting Tambaram air base near Chennai on Saturday to monitor the search and operations for the missing Indian Air Force (IAF) aircraft AN-32. 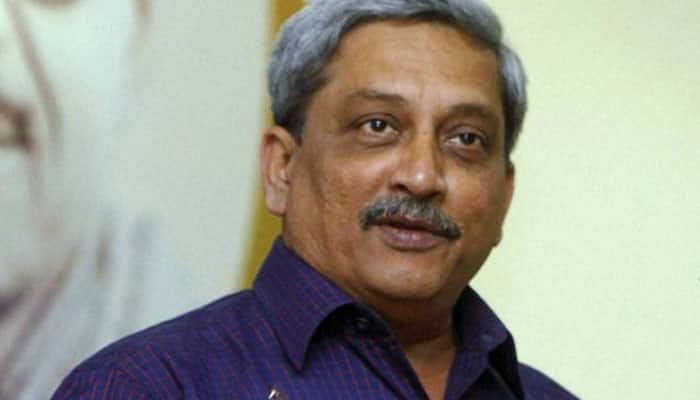 Chennai: Defence Minister Manohar Parrikar is visiting Tambaram air base near Chennai on Saturday to monitor the search and operations for the missing Indian Air Force (IAF) aircraft AN-32.

The plane went missing yesterday while flying from Chennai to Port Blair with 29 people on board.

PRO of the Indian Navy, Captain D.K. Sharma said, the Air Force, Navy and Coast Guard are engaged in intensive search operations to locate the aircraft.

As per reports, INS Jalashwa is expected to reach the area today to assist in the search operations.

The AN 32 are being used by the IAF to carry the personnel of the Army, Navy and the Air Force and coast guard and defence civilians posted in India`s only integrated command in Andaman and Nicobar.

They also carry tonnes of materials like food items and medicines.

This is the first time ever an AN 32 has disappeared over the Bay of Bengal.Apart from the Navy, Coast Guard and Air Force, the Tamil Nadu Coastal Police have also participated in the search operations in the possible area of lose of contact by the missing aircraft.

The Defence authorities have already informed of the incident to the families of the 6 crew members and the 23 other personnel. A submarine has also rushed to the probable area.

The signals of the locator beacon of the aircraft hold the key to the search operation.