Isa has expressed disappointment with India's move and issued a statement. 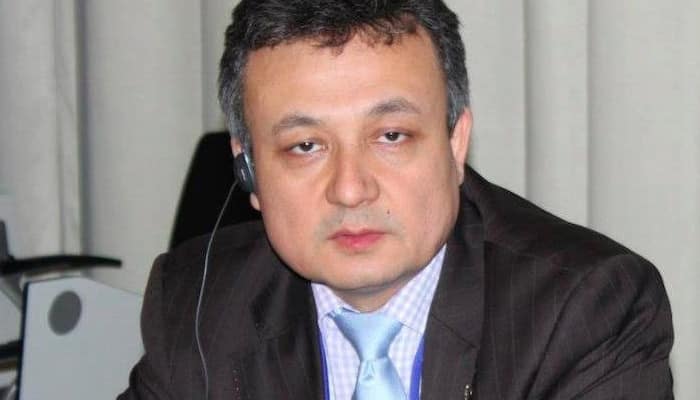 Berlin: Days after granting visa to World Uyghur Congress (WUC) leader Dolkun Isa to visit Dharamsala and meet the Dalali Lama, India has reportedly cancelled the visa given to the Chinese dissident leader.

Isa has expressed disappointment with India's move and issued a statement. Here's the full text of the statement:

“As the Executive Committee Chairman of the World Uyghur Congress (WUC), I express my disappointment on Indian authorities’ cancellation of my visa to attend the annual Interethnic Interfaith Leadership Conference taking place in Dharamsala, India, from April 30 to May 1, 2016. This conference remains a vital forum through which ethnic and religious communities in China related areas, as well as statesmen, scholars and activists are able to meet openly to discuss and exchange ideas, promote peaceful dialogue, and reinforce bonds between disparate communities.

India had granted me a tourist e-visa, but it was cancelled after my visit was widely reported in the Indian press. Following numerous reports, Indian authorities then proceeded to rescind the visa on April 23, 2016. I recognize and understand the difficult position that the Indian government found itself, and regrets that my trip has generated such unwarranted controversy.

This is not the first time that I have had faced difficulties in my international travels to advocates Uyghur rights. In September 2009, I was detained briefly and denied entry to South Korea while travelling to attend the World Forum for Democratization in Asia, to which I was an invited guest. China also has regularly attempted to block or interfere with my human rights work at the UN in Geneva, in particular.

I also reject any comparison or association to China’s recent veto by the UN Security Council Sanctions Committee of Pakistani militant leader, Mazood Azhar. Such an unjustifiable comparison seeks only to delegitimize my decades of impassioned work as a strictly non-violent campaigner for Uyghur rights. China’s clear abuse of Interpol’s Red Notice issuance is also concerning.

Historically speaking, the Uyghur community has maintained friendly ties with the Indian people. The Indian government hosted our late leader, Isa Yusuf Alptekin and Uyghur refugees after they fled China in 1949.

Finally, I would like to thank the Indian people for their determined solidarity and commitment to rights activists like myself who wish to continue to develop and support dialogue among peoples of all faiths and ethnic backgrounds. I remain disappointed with the final decision, but I am hopeful that positive steps may be taken to maintain India’s relationship with the Uyghur community.

I therefore wish the conference success and hope that meaningful dialogue will take place between those who have the privileged of participating the upcoming conference.”

Cheap publicity? 'Other passenger didn't even know that he's Kanhaiya Kumar' - Here's other side of story