'Impotency' growing among Hindu men, they must worship their manhood: Pravin Togadia

The VHP leader said Hindu couples must have more children in order to tackle the growing numbers of Muslims in the country. 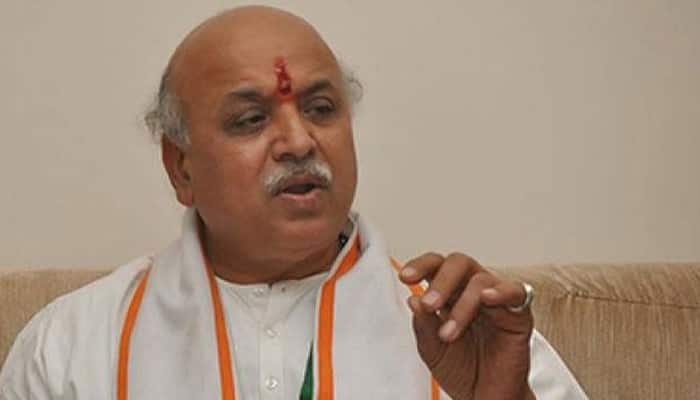 For the outspoken VHP leader believes “impotency” has grown among Hindu men which has led to a decline in their numbers.

The Indian Express reported that Togadia made the controversial remarks on Friday at a gathering at Jambusar in Bharuch district in Gujarat.

The VHP leader said Hindu couples must have more children in order to tackle the growing numbers of Muslims in the country.

He listed “love jihad” and conversion to Christianity among the reasons behind dwindling numbers of the Hindu community.

Togadia said consumption of tobacco was also leading to “impotency” and called on the youth to give up the same.

The VHP leader, who is also a doctor, did not stop at this and showed a product “prepared” by him: “This is a product that I have created. It is available for Rs 600, but I’m giving out to you for Rs 500 here. Take this to your wife, ask her to mix it with your meals so that you remain potent and continue to produce children.”

Togadia said increasing the numbers of Hindus would also help protect cows. “If we (Hindus) increase our number, will anyone in Jambusar have the audacity to slaughter a cow?” he asked.

It may be noted that Jambusar town has a 30% Muslim population.

Felt odd when Pakistan extended our stay and took us to Murree: Former Home Secy on 26/11 revelations