The Jharkhand bandh coinciding with the Prime Minister's visit began today with stray incidents of violence reported in some areas. 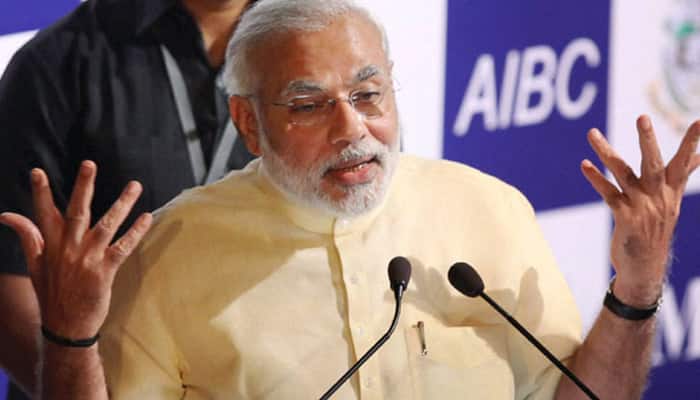 Jamshedpur: The Jharkhand bandh coinciding with the Prime Minister's visit began today with stray incidents of violence reported in some areas.

The day-long bandh has been called by the Jharkhand Mukti Morcha (JMM) in protest against the state government's new domicile policy.

The bus, which was parked near Musaboni block office, about 20 kms from here, to ferry the BJP workers from rural pockets, was torched by suspected bandh supporters in the wee hours today, said Deputy Superintendent of Police (Musaboni), Ajit Vimal.

Vimal said a water tanker was also torched by suspected pro-domicile group at Potka, about 25 kms from here, under Potka police station.

However, district police force, which was put on alert in view of the PM?s visit and bandh, rushed to the spot and doused the flames with the help of fire fighters, he said.

Bandh supporters also put up a road blockade in Tirildih in Potka block disrupting road traffic as the district police force led by Vimal rushed to the spot to clear the road, he said.

The DySP said five persons were taken into custody in connection with the incidents.

Opposing the domicile policy notified recently by the Jharkhand government, JMM has called the state-wide bandh.

Meanwhile, East Singhbhum district administration has made elaborate security arrangements to meet any eventuality during the PM's visit.